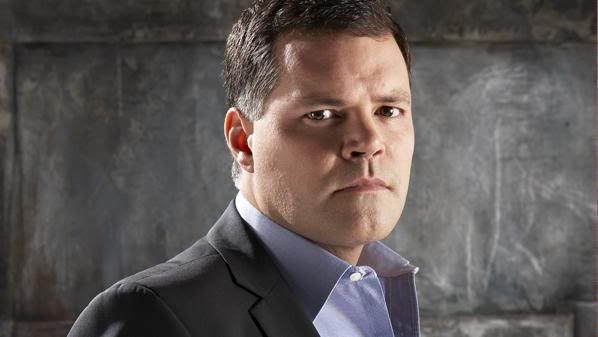 The Baltimore Comic-Con is proud to announce the addition of media guest Aaron Douglas to the event on October 18-20, 2019 at the Inner Harbor’s Baltimore Convention Center. Tickets to see Aaron are now on sale.

Aaron Douglas is best known for his portrayal of Chief Galen Tyrol on Syfy’s Battlestar Galactica. Aaron has over 100 other film, television, and video game credits on his impressive resume, including X-Men 2, iRobot, Stargate SG-1, The Bridge, Hellcats, Hemlock Grove, The Killing, The Returned, Falling Skies, The Strain, iZombie, The X-Files, Supernatural, The Flash, Once Upon A Time, Dirk Gently Holistic Detective Agency, Imposters, Jordi Chin in Ubisoft’s WatchDogs, and more.

Aaron is now creating and writing comic books for AfterShock Comics. His writing can be found in the first two volumes of Shock and he is currently working on his first Original Graphic Novel, which is slated to be released in 2020.

“We’ve got one of the major characters from Battlestar Galactica,” said Marc Nathan, show promoter for the Baltimore Comic-Con. “Aaron brings not only his broad acting experience to the show, he’s now a bona fide comic book writer with AfterShock Comics! Fans will not want to miss meeting Aaron.”