The Great Philadelphia Comic Con is pleased to announce actors Edward James Olmos, and Michael Hogan will be attending next weekend on April 12-14th! 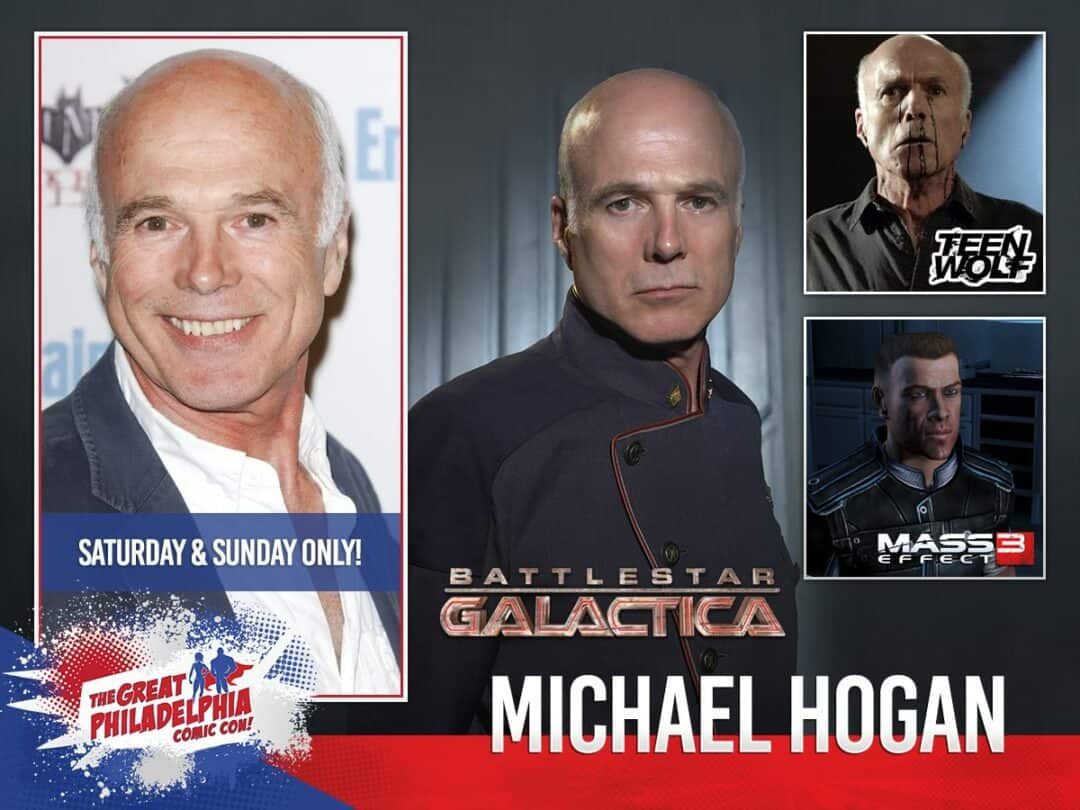 Michael Hogan is a Canadian actor known for his roles as Colonel Saul Tigh in the 2004 Battlestar Galactica series, Billy in The Peanut Butter Solution, the voice of Armando-Owen Bailey in the Mass Effect series and villainous werewolf hunter Gerard Argent in Teen Wolf. He has guested on such series as Millennium, The Outer Limits, Cold Squad, Andromeda, The L Word, Psych, Dollhouse, Numb3rs, and in the two-hour premiere of Monk. He also played Myka’s father on the SyFy series Warehouse 13.