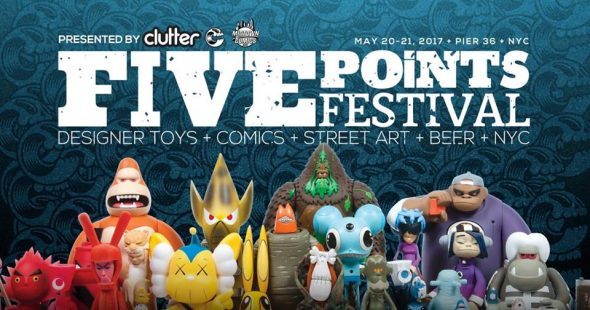 The Five Points Festival is a collision of toys, comics, and counterculture curated by Clutter Magazine and sponsored by Midtown Comics and Playcrafting NYC. A designer toy and comic convention coming May 20-21, 2017 to Pier 36 on New York’s Lower East Side, Five Points is two days and nights of comic artists and writers, vinyl and plastic toys, original art, food trucks, and craft breweries – bringing together 15,000 tastemakers, misfits, and rebels in a one-of-a-kind marketplace! Get your tickets now at the link…