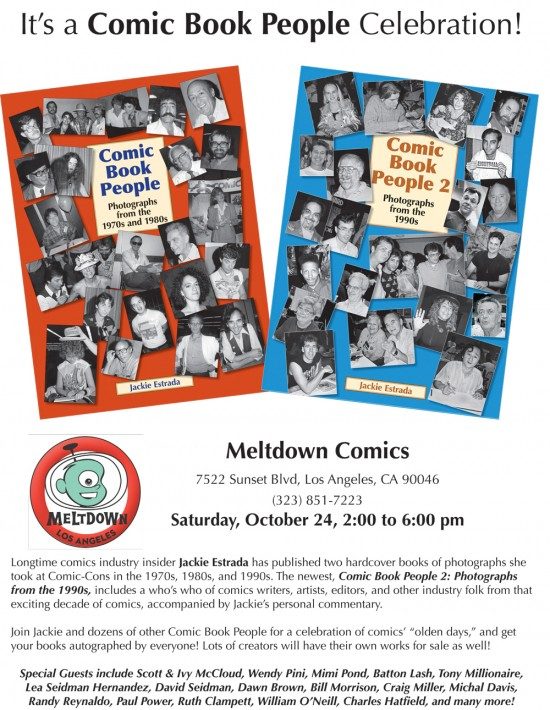 Longtime comics industry insider Jackie Estrada appears at Meltdown Comics on Saturday, October 24, 2015 at 2:00 PM to sign her two hardcover books of photographs she took at Comic-Cons in the 1970s, 1980s and 1990s.

Join Jackie and dozens of other Comic Book People for a celebration of comics’ “olden day,” and get your books autographed by everyone!