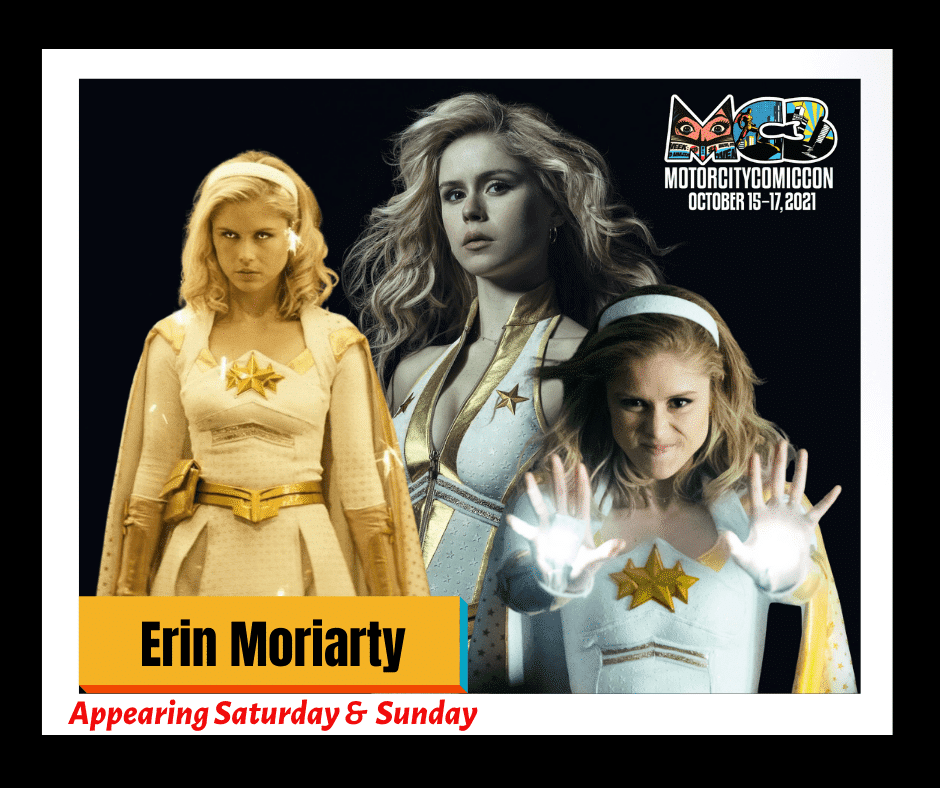 The Boys would be nothing without The Girls…Especially this girl! ERIN MORIARTY joins her co-stars Antony Starr and Giancarlo Esposito from Amazon Prime’s hit TV series The Boys at Motor City Comic Con 2021.

Erin Moriarty is best known for her role as Annie January / Starlight in the Amazon Prime Video Series The Boys, based on the comic book series of the same name. Prior to The Boys, she had notable roles in Netflix’s Jessica Jones, HBO’s True Detective, and ABC’s Red Widow. Outside of television, she has appeared in acclaimed independent films The Kings of Summer and Captain Fantastic, among others.

An added convenience feature this year for guests to avoid the long admission lines, will be RFID wristbands! RFID wristbands are available for purchase and mailed to homes for an additional $15 fee. Fans who purchase these RFID wristbands and have them mailed prior to the con will not have to wait in any lines before entering the convention and get a faster start to their Motor City Comic Con experience. This option allows guests to skip registration by simply putting on the wristband before entering the show.