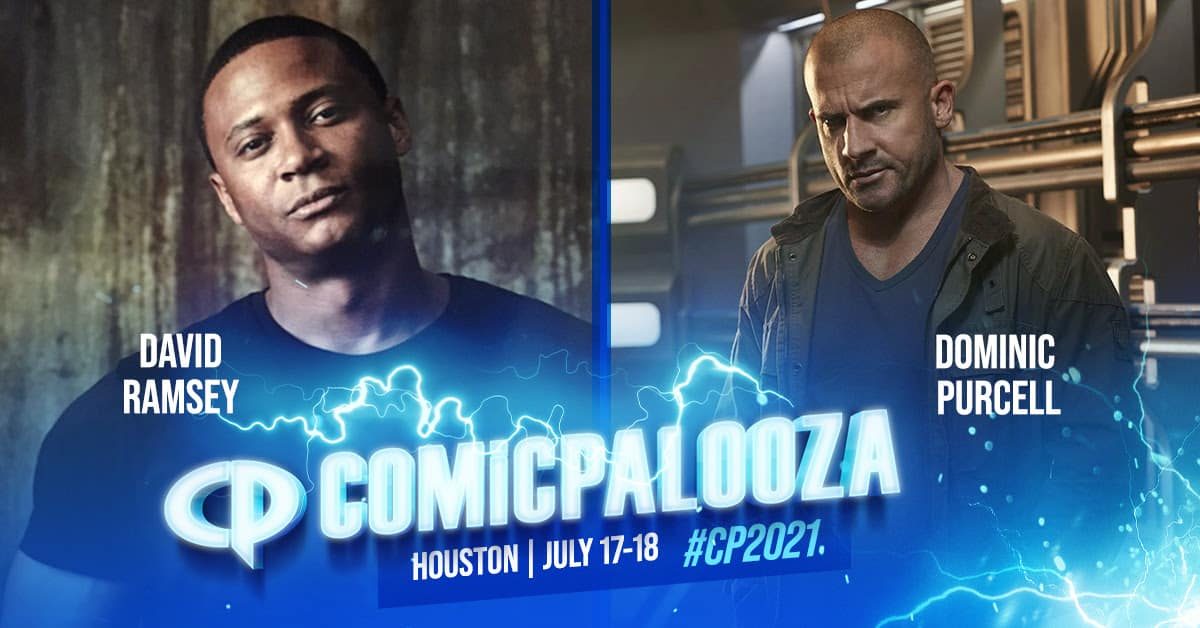 Comicpalooza has added two guests from DC’s Arrowverse to our action-packed lineup: David Ramsey of Arrow and Dominic Purcell of Legends of Tomorrow!

David Ramsey first appeared in DC’s hit series Arrow as John Diggle/Spartan and has made guest appearances on other shows from the Arrowverse. His other film and television credits include Dexter, Mother and Child, Ali: An American Hero, Pay it Forward, and For Your Love.

Dominic Purcell, is best recognized as Lincoln Burrows in the Fox series Prison Break and Mick Rory/Heat Wave first in DC’s Flash but as a mainstay in Legends of Tomorrow and will be appearing in the Netflix action-horror feature Blood Red Sky coming out this year.

Meet these superheroes at Comicpalooza July 17 & 18!