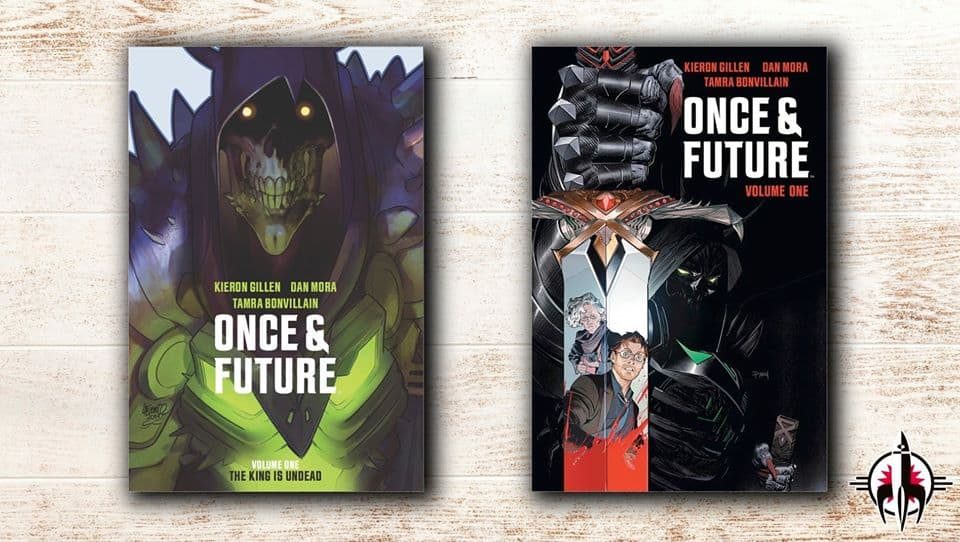 KIERON GILLEN will be signing ONCE & FUTURE Vol. 1 at the Forbidden Planet London Megastore on Wednesday 25th March 6 – 7pm!

The King is Undead. Long live the King. When a group of Nationalists use an ancient artefact to bring a villain from Arthurian myth back from the dead to gain power, ex-monster hunter Bridgette McGuire escapes her retirement home and pulls her unsuspecting grandson Duncan, a museum curator, into a world of magic and mysticism to defeat a legendary threat.

Kieron Gillen and Dan Mora explore the mysteries of the past, the complicated truths of our history, and the power of family, to save the day – especially if that family has secret bunkers of ancient weapons and decades of experience hunting the greatest monsters in Britain’s history!

Kieron Gillen’s writing career has included PC Gamer and just about every other videogame magazine, as well as his comics titles Phonogram, Young Avengers and The Wicked + The Divine. He’s been writing for Marvel since 2008, on titles including Thor, Journey Into Mystery, Uncanny X-Men, and Iron Man. His Marvel work from 2015 includes Darth Vader and Angela. For Avatar Press, he’s written incredibly serious WW2 superhero book Uber, and Mercury Heat. His other works for Image include the Spartan Slave Hunt story, Three and, most recently, Die.