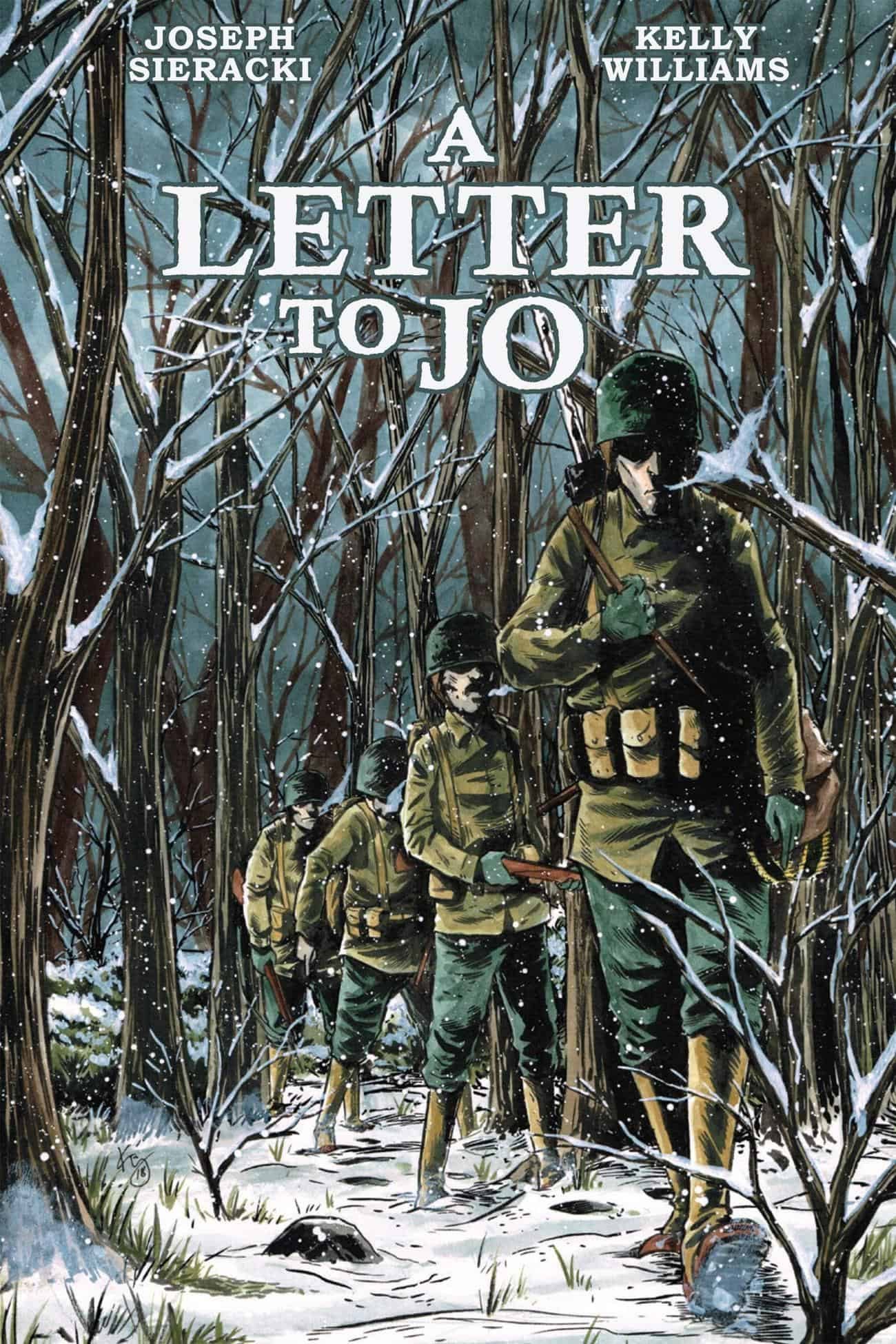 Renowned comics illustrator/writer KELLY WILLIAMS will be at Challengers Comics to celebrate the release of A LETTER TO JO, the heart-wrenching graphic novel of a real-life WWII Polish-American machine gunner’s letter home. Kelly has also illustrated for CREEPY and EERIE, the graphic novel METAPHASE, WWE comics, and written and illustrated THE DARK.

About A LETTER TO JO
As Leonard fights on the front lines of World War II, memories of Josephine and home help keep him alive. As Josephine contends with life, family, and work in Cleveland, letters from Leonard sustain her. But official censorship forces him to leave out much of the most significant action he sees.
Finally, with the war coming to an end, Leonard is able to tell his full story. In a quietly beautiful letter to Josephine, Leonard writes of the loneliness he felt, the camaraderie he experienced, and the terrible violence he witnessed.

Now, Josephine and Leonard’s grandson has carefully researched the battles Leonard describes and expanded the letter into a moving tale of a young man’s fears and bravery far from home. Brought to heart-wrenching life by the paintbrushes of Kelly Williams (The Dark, Metaphase, WWE), A Letter to Jo is at once a tender love story and a harrowing battlefield memoir.

Includes appendices with photographs, scans of the letter, developmental art, and an illustrated poem by WWII machine-gunner Leonard Sieracki (the author’s grandfather).

Kelly will be signing at Challengers in BUCKTOWN on Thursday, February 27th, from 4:00 to 6:00 PM.