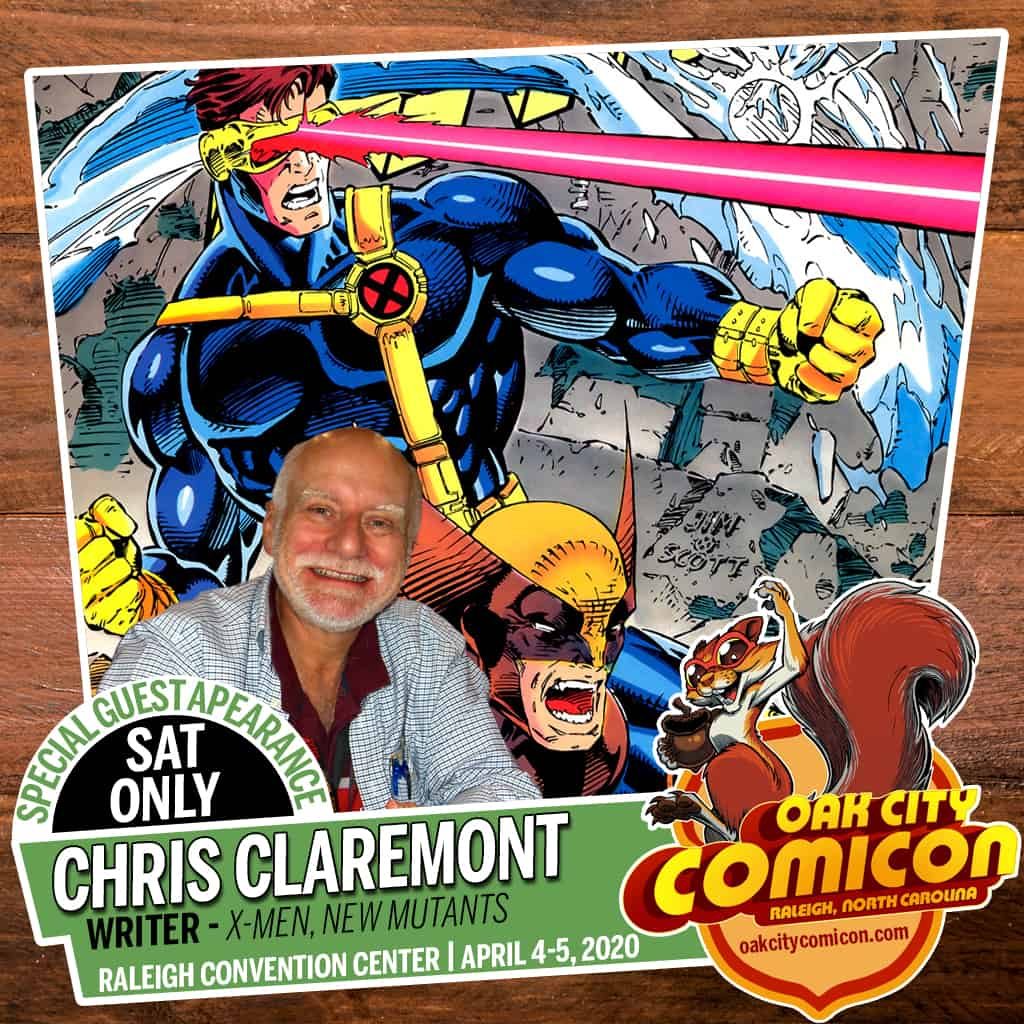 Returning to the Raleigh Convention Center, April 4-5, 2020, for two HUGE days, and at only 40 bucks for the entire weekend plus FREE for kids 9-and-under, it’s affordable for the WHOLE family!

Known for his iconic runs on both the Uncanny X-Men and New Mutants, as well as introducing complex literary themes into superhero narratives, comics genius Chris Claremont is credited with turning once underachieving comics into some of Marvel’s most popular series.

We’ve got something for everyone! Comic book superstars like Justice League writer Robert Venditti and award-winning artist Afua Richardson! Or how about Bob Camp, the creator of Ren & Stimpy! And William Stout, the iconic illustrator and concept artist for such films as the Return of the Living Dead, Men in Black, Pan’s Labyrinth, and Masters of the Universe!

All this and SO MUCH MORE including toys, video games, exclusive art and our fan-favorite cosplay contest make this our GREATEST show ever!

Click HERE to get your early bird tickets and bring your family, friends and comic book freaks for a weekend of Comicon FUN!