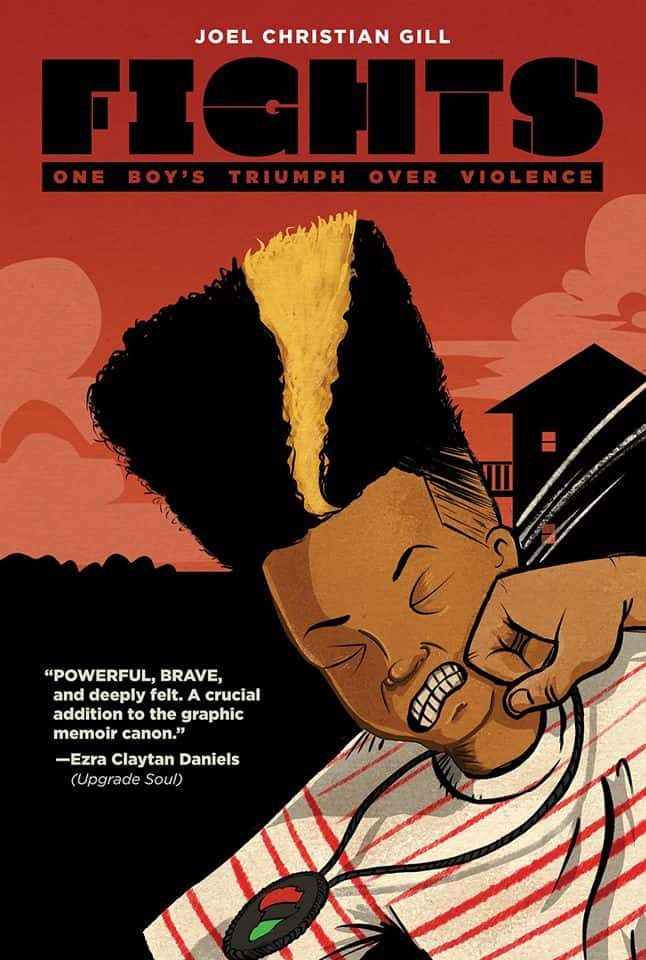 Joel Christian Gill appears at Comicopia on Saturday, February 1, 2020 at 1 PM for a signing of his powerful graphic memoir, Fights: One Boy’s Triumph Over Violence.