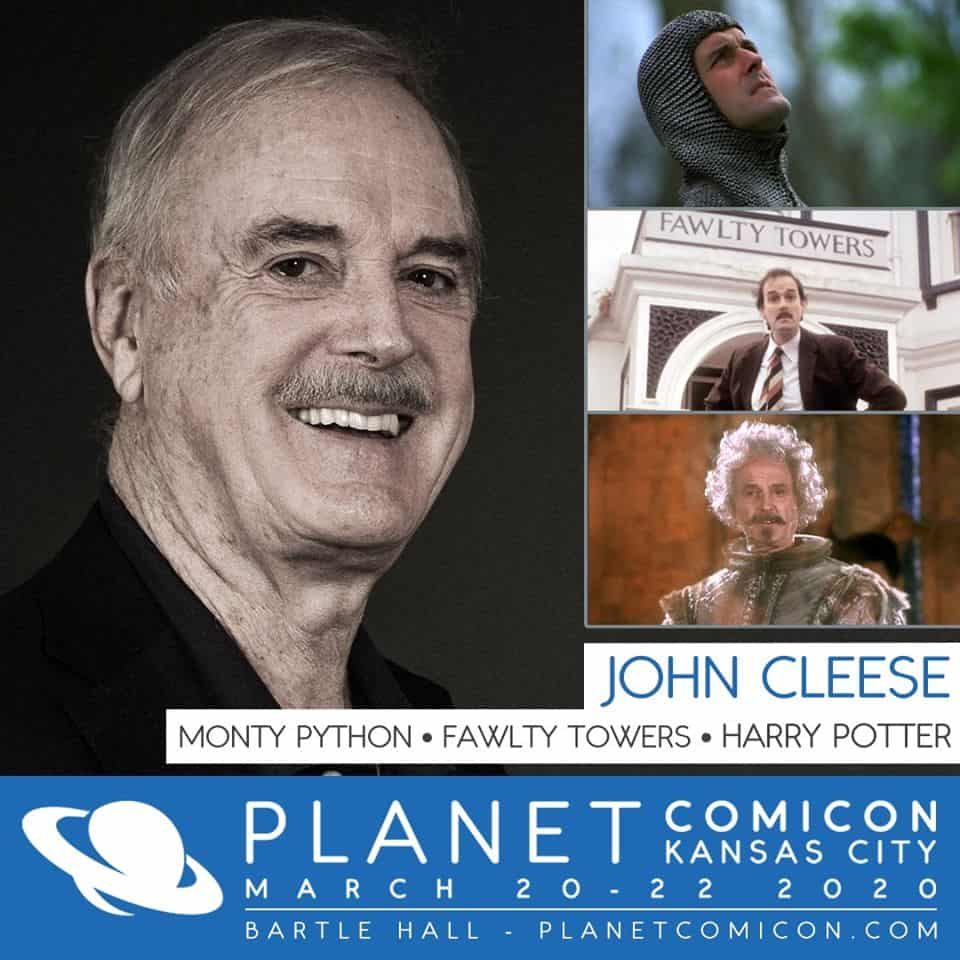 Planet Comicon Kansas City, the largest and longest-running comic book convention and pop culture event in the region, returns to Bartle Hall for its 21st annual event March 20 – 22. Tickets for the pop culture extravaganza are on sale now and the event is launching its celebrity guest announcements with well-known actor and Monty Python comedy legend John Cleese.

Cleese, best known for his roles in Monty Python, Fawlty Towers, and Shrek, will be at the event on Friday, March 20th and Saturday, March 21st. Cleese is the first of dozens of celebrity guest announcements that will take place between now and the event. In addition, hundreds of comic creators will be part of the lineup of guests that will be on-site at Planet Comicon Kansas City in 2020 giving fans the opportunity to get up close and personal with their favorite stars from the world of comics. As in previous years, the celebration will spread throughout the downtown Kansas City area with special events and afterhours activities giving attendees the opportunity to celebrate throughout the entire weekend.

Tickets for the 21st annual event are on sale now and may be purchased online at planetcomicon.com. A 10% discount on general admission tickets is available for active military, teachers, librarians and first responders when tickets are purchased in advance online. Patrons interested in the Planet Comicon Fast Pass are encouraged to purchase their tickets early as they are expected to sell out in advance of the event. Area hotels are also expected to sell out, but Planet Comicon has reserved several blocks of rooms at seven downtown Kansas City hotels. Details on ticket packages, photo ops with guests, and hotel room blocks are available at planetcomicon.com.