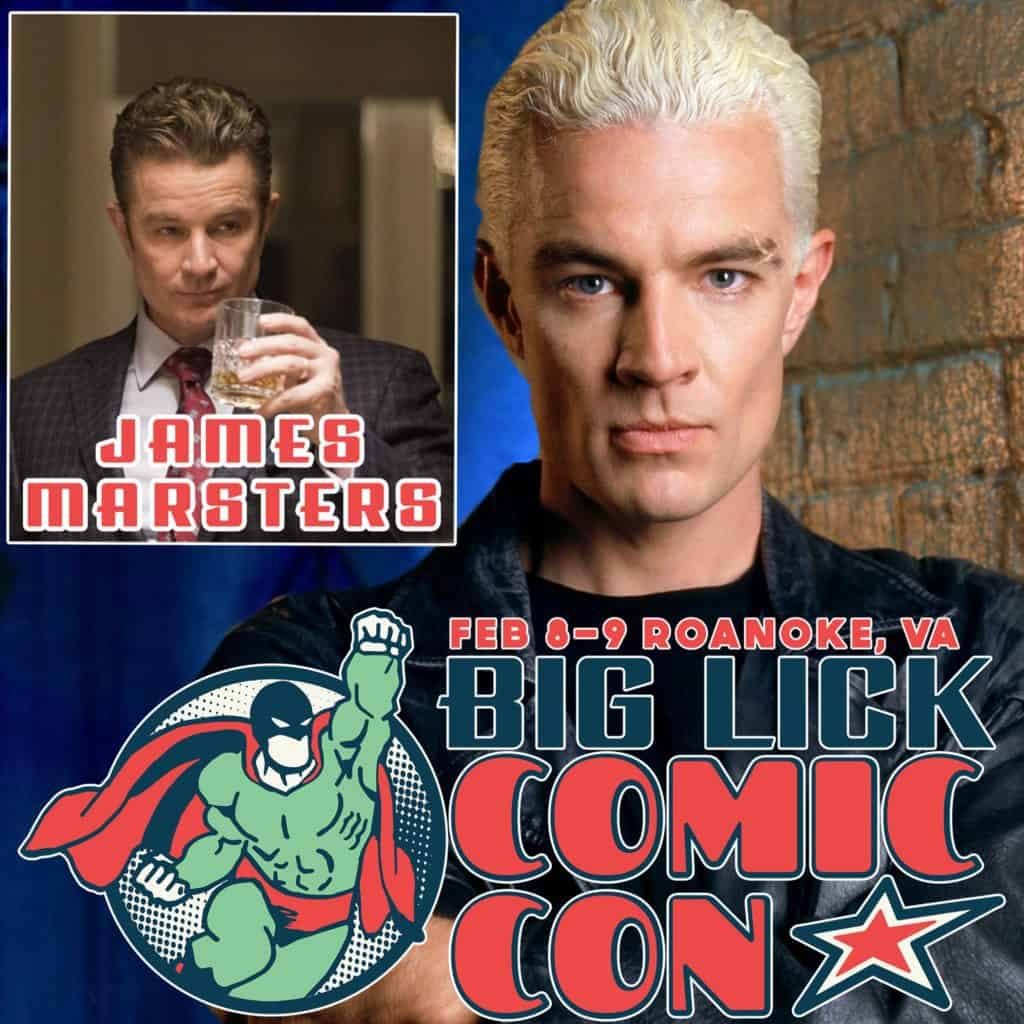 Big Lick Entertainment is pleased to announce the addition of James Marsters to Big Lick Comic Con on February 8-9, 2020 at Roanoke’s Berglund Center.

The Californian actor, who grew up in Modesto, has also played Brainiac in TV’s Smallville and guest starred in Torchwood, Without A Trace, Millennium, Andromeda, The Mountain, Saving Grace, Caprica, Warehouse 13, Supernatural, Hawaii Five-O and Marvel’s Runaways.

James’s voiceover talents can be found portraying Lex Luthor on the DVD release of Superman: Doomsday, a Mandalorian warrior in The Clone Wars, and he continues to read for the very popular Dresden Files.

James still writes and records music with his band Ghost of the Robot. They have five albums out and he is currently promoting their latest release Pair of Bulls Volume 1.

For tickets and further information, please go to the website: biglickcomiccon.com