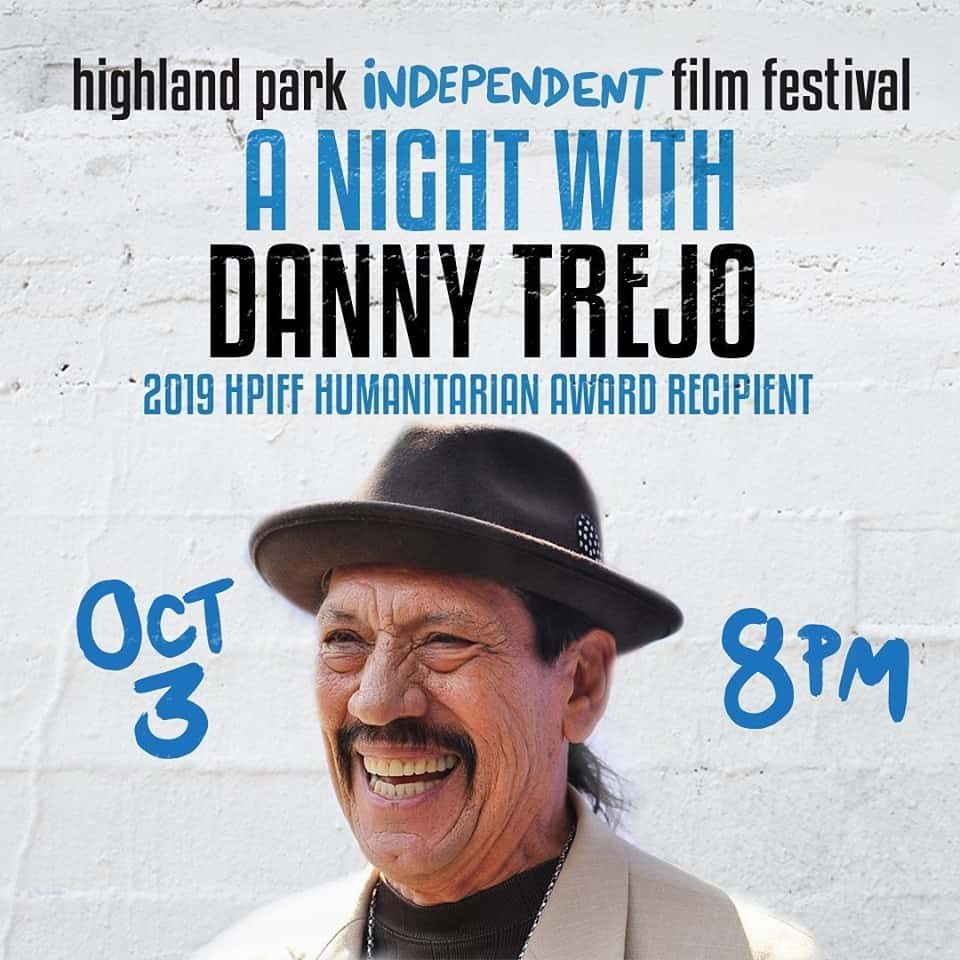 Join Danny Trejo at Highland Park Independent Film Festival – HPIFF on October 3rd at 6:30 PM! He will receive the festival’s Humanitarian Award at 7pm followed by a screening of Machete at 8pm. Afterwards a party will be held at Checker Hall at 10pm! Get Tickets Here: www.hpifilmfest.com/index.html

Danny Trejo has had a prolific career in the entertainment industry, yet his road to success has been hard earned and anything but typical. From imprisonment to helping young people battle drug addiction, to acting and producing. Trejo has starred in dozens of films including Desperado, Heat, the From Dusk Till Dawn franchise, Con Air, Once Upon A Time In Mexico, the Spy Kids movies, Grindhouse, Machete, Machete Kills, Dead In Tombstone, Dora and the Lost City of Gold, and Muppets Most Wanted. Danny’s recent television work includes recurring roles on Sons of Anarchy, King of the Hill, and 3Below and has appeared on episodes of Modern Family, Brooklyn 99, and Breaking Bad among others. Most recently, Trejo reunited with Robert Rodriguez for season two of El Rey’s TV series From Dusk Till Dawn.