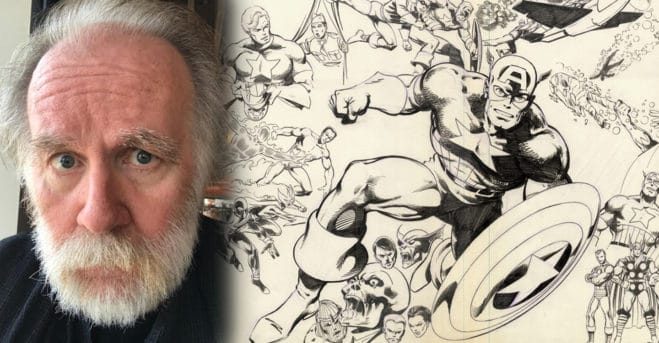 Byrne will be signing at Booth #1844 twice a day on Thursday, Friday, and Saturday, October 3-5, with exact times to be announced closer to the show. Stay tuned to IDW social media for details!

Any IDW-published comic book, graphic novel, or art book by John Byrne can be signed free of charge. However, with the purchase of the John Byrne’s Marvel Classics Artifact Edition, the buyer will be granted the opportunity for up to five (5) non-IDW items to be signed – a rare chance for fans to get Byrne’s autograph on his most celebrated comics work.

IDW’s Artist and Artifact Editions, edited by Scott Dunbier, feature scans of original art printed at the same size they were drawn, capturing all the nuances that make original art special and unique (blue pencil notations, tape, white-out, margin notes, and more), mimicking the look and feel of the actual hand drawn pages.

When reached for comment Byrne said, “Wait, are you SURE I agreed to this? Curse you, Dunbier!”

Please follow the below link to pre-order this very special NYCC exclusive book for pick-up at IDW booth #1844. The deadline to place pre-orders to ensure stocking and fulfillment at NYCC is September 20th.

Additionally, IDW Publishing is offering fans the opportunity to preorder the previously-released John Byrne’s Fantastic Four Artist’s Edition for pick-up at New York Comic-Con, as well as Artist’s Editions from Byrne’s fellow comics superstar — Walter Simonson, who will also be signing at IDW Booth #1844! Again, please be sure to place your preorders by September 20th! Click on the link to place your pre-orders!