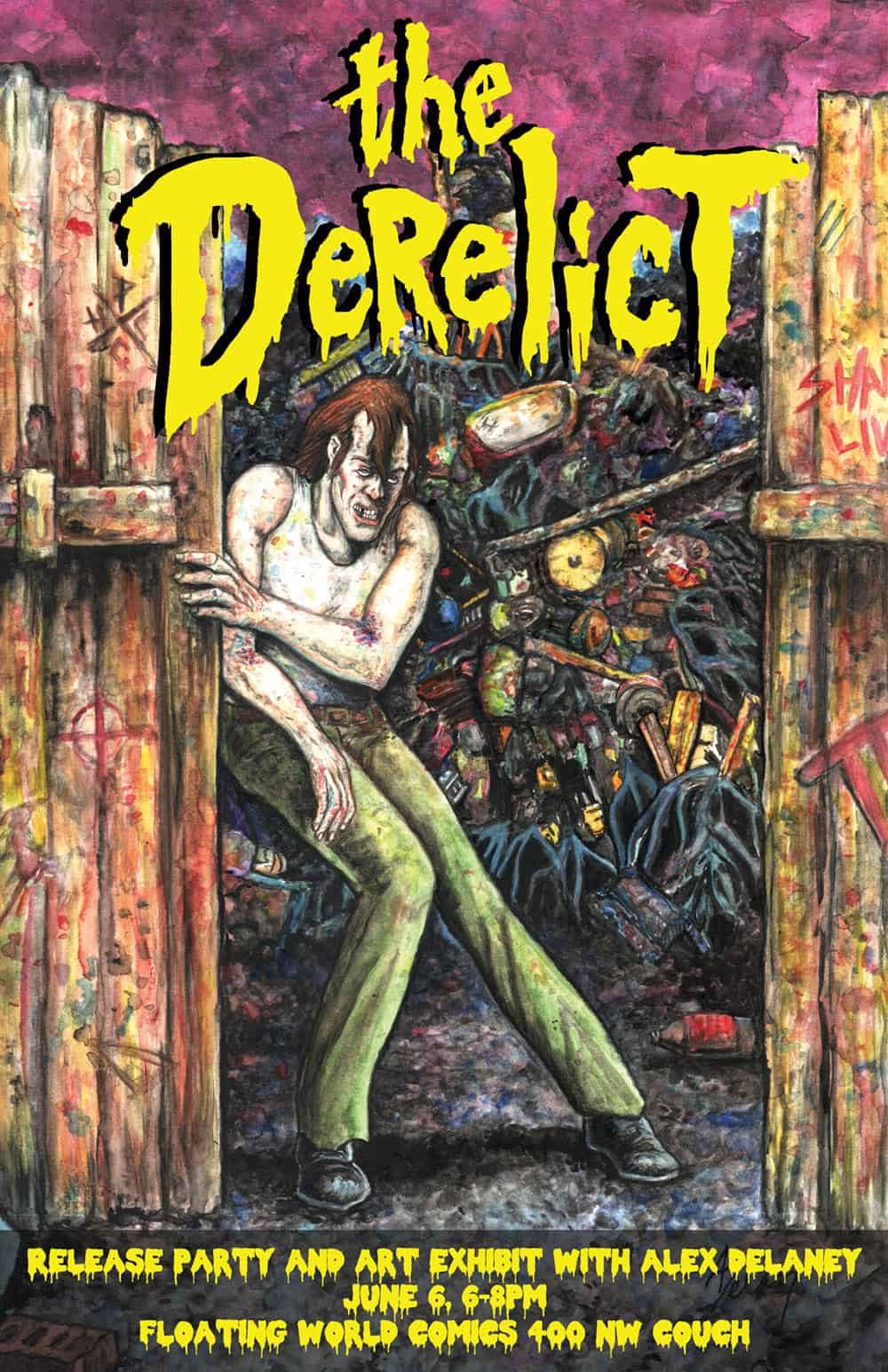 Alex Delaney appears at Floating World Comics on Thursday, June 6, 2019 from 6 PM – 8 PM for the The Derelict – The Wizard of Paint release party and art exhibit.

Alex Delaney is a Portland, OR based cartoonist. He is best know for the gritty crime comics; The Derelict and Other Side of Town. Delaney’s work is heavily influenced by the black and white independent comics explosion of the 80’s and early 90’s. Raw and visceral, his heavily inked world takes the viewer down dark alleys with depraved characters and into their desperate lives. He is currently collaborating on a new comic with Keenan Marshall Keller.