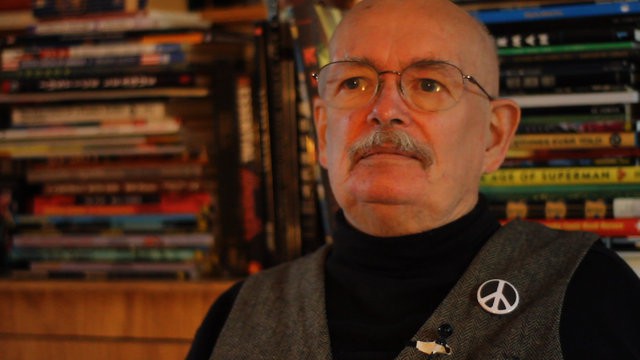 Please join Denny O’Neil, the staff of Phoenix Fan Fusion, the President of Hero Initiative, and the office of the Mayor of Phoenix on Friday, May 24th at 2 p.m. for a presentation of the proclamation, celebration in honor of Denny O’Neil, and Q & A session for all attending press and media. The presentation will be held in room 120CD of the North Building of the Phoenix Convention Center on Friday, May 24th at 2 p.m. All members of the press and approved media members are invited to attend. Please plan to arrive in the room by 1:30 p.m.

About Denny O’Neil:
Dennis (just call him “Denny”) O’Neil started his career in comics in 1966 as a writer at Marvel Comics on titles such as Strange Tales, Daredevil, and X-Men. By 1968, he had moved over to DC Comics, and in 1970, he turned the comics world on its ear.

O’Neil wrote a run on DC’s Green Lantern/Green Arrow starting with issue #76 that brought comic books into America’s conflicted living rooms. O’Neil’s Green Lantern/Green Arrow stories dealt not so much with common criminals or spacefaring menaces, but rather addressed important issues such as war and peace, race relations, free speech, drug addiction, and even our relationship with God. O’Neil helped comic books “grow up” at a particularly tumultuous time in American history.

O’Neil also brought sweeping change to Batman, returning the character to his street-level roots after the campiness of the 1960s TV series. O’Neil kept a focus on social justice, adding a heavy dose of philanthropy to Batman’s alter ego, millionaire Bruce Wayne. O’Neil introduced Leslie Thompkins, a doctor who runs a skid row clinic with the financial support of Bruce Wayne, to the Batman supporting cast. Thompkins was loosely based on Dorothy Day, a famed activist whom O’Neil had previously met as part of the Catholic Worker movement.

By 1980, O’Neil had returned to Marvel, where he took over as editor of several titles including Daredevil and Moon Knight. In this, he mentored an incredible generational array of new talent such as Frank Miller, Bill Sienkiewicz, and David Mazzucchelli, honing them into top professionals and landmark artists.

In 1986, O’Neil returned to DC as an editor, and remained in that capacity there until he semi-retired in 2000. O’Neil kept an eye on the next generation of writers and artists, teaching at New York City’s School of Visual Arts. He remains a strong champion of peace and social justice to this day.

NYC – An Evening of Batman