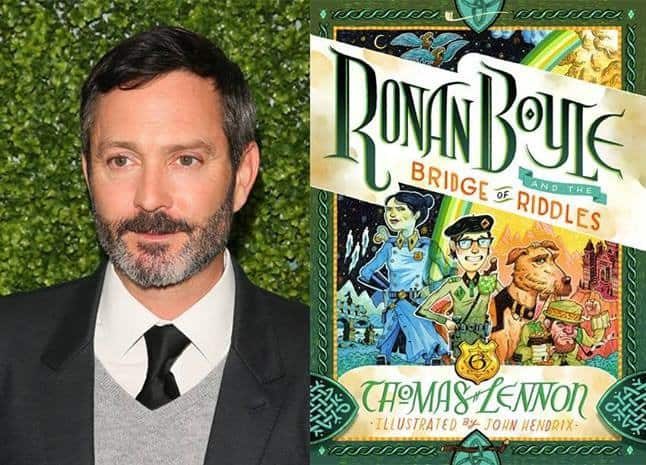 Tom Lennon appears at Barnes & Noble on Saturday April 13th at 2:00 PM to present and sign his new book Ronan Boyle and the Bridge of Riddles.

Fourteen-year-old Ronan Boyle is the youngest and lowliest recruit to the secret Garda, an Irish police force that handles the misdeeds of numerous magical creatures. To show he’s got what it takes, he’ll have to confront a whole world of monsters hidden in plain sight next to real-life Ireland. Fast paced, action packed, and completely hilarious, this is the start to an exciting new middle-grade series by actor and writer Thomas Lennon.

Thomas Lennon is a writer and actor from Oak Park, Illinois. He was a member of the influential sketch comedy group The State, a hit television series.. He acted and created two more popular series: Viva Variety, and Reno 911! As an actor, Lennon has appeared in the films like Transformers: Age of Extinction, The Dark Knight Rises, and 17 Again. Lennon is the author of four books and numerous feature films.

CA – Ronan Boyle and the Swamp of Certain Death Signing