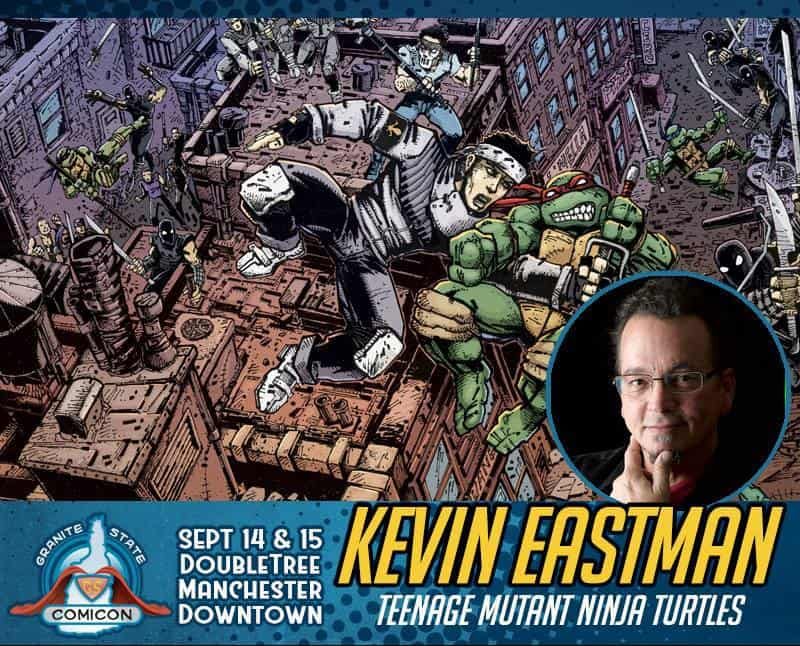 GraniteCon 2019 is thrilled to announce our first guest Kevin B. Eastman!

Kevin is co-founder of Mirage Studios, and co-creator of the Teenage Mutant Ninja Turtles!!

When not having way to much fun drawing the #TMNT’s, he also launched three new series in 2015/16; Fistful of Blood, Lost Angeles, and Underwhere. In 2017 Kevin launched his first ever Kickstarter that was fully funded for his new project Drawing Blood.

Granite State Comicon returns September 14-15th, 2019 at the Downtown Manchester Hotel! RSVP on Facebook to keep up to date with guest announcements, convention details and when tickets will be on sale! More announcements are coming soon!

Tickets are now on sale!