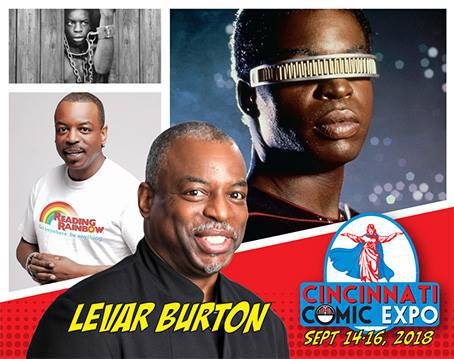 After making his acting debut in the miniseries drama Roots, LeVar has entertained fans with his Emmy award winning work for decades on PBS’ Reading Rainbow, and has been widely recognized as Geordi La Forge on Star Trek: The Next Generation and following film franchise. LeVar has done voice work on numerous animated programs such as Captain Planet and the Planeteers, Superman/Batman: Public Enemies, and Transformers: Rescue Bots. The television icon has also appeared as himself with numerous guest appearances and cameos on Community and The Big Bang Theory.