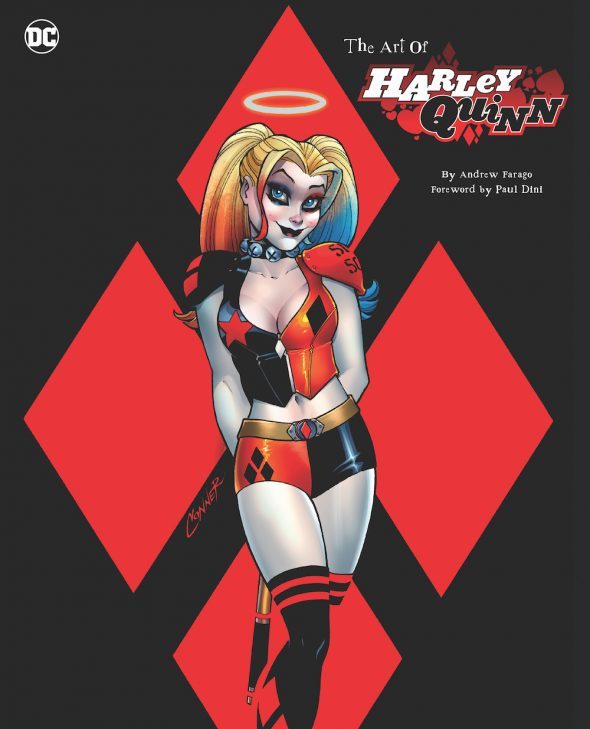 Comic creators Amanda Conner, Jimmy Palmiotti, and Dave Johnson appear at Emerald City Comics on Saturday, November 11th from 11:00 AM till 2:00 PM for a special meet-and-greet! The FIRST 100 GUESTS at 11am will receive a FREE “Batman DAY 2017 Harley Quinn comic! (Rated T+; we’ll have FREE ALL AGES comics available for kids!)

About the book:
Discover the complete history of DC Comics’ Harley Quinn comic art with this deluxe book. Harley Quinn made her comic book debut in Batman Adventures #12 and soon became one of the most popular characters in the DC Comics pantheon. From there, Harley made regular appearances in multiple series, eventually getting her own ongoing comic in 2001. This deluxe art book provides the complete history of Harley Quinn comic art, detailing the creation and evolution of the character through exclusive interviews with the writers and artists who have brought the character to life. Packed with the most iconic covers and panels in Harley Quinn history, The Art of Harley Quinn is the ultimate visual guide to one of the most beloved villains in comic book history.