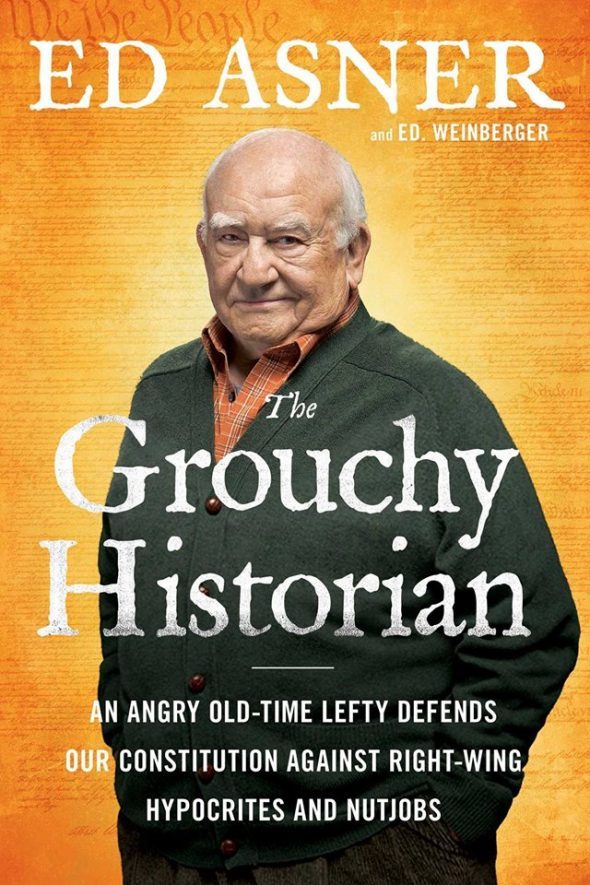 Ed Asner and Ed Weinberger appear on Tuesday, October 17, 2017 at 8:00 PM to discuss their upcoming book, The Grouchy Historian: An Old-Time Lefty Defends Our Constitution Against Right-Wing Hypocrites and Nutjobs. Tickets available at the link…

Television legend Ed Asner is well-known for his role on The Mary Tyler Moore Show and subsequent spin-off, Lou Grant. He is the winner of seven acting Emmy Awards, and has been nominated a total of twenty times. Asner has also made a name for himself as a trade unionist and a political activist. During his two terms as president of the Screen Actors Guild, he was an outspoken critic of President Ronald Reagan, for his Central American policy.

Ed Weinberger has written for Bob Hope, Richard Pryor, and Johnny Carson (for five years on The Tonight Show). He wrote for and produced The Mary Tyler Moore Show, co-created Taxi, Dear John, and The Cosby Show. He has won three Golden Globe Awards, a Peabody, and nine Emmys. In 2000, he received The Writer’s Guild of America Lifetime Achievement Award.

A self-proclaimed “dauntless Democrat” from the old days, Ed Asner figures that if the right-wing is wrong about voter fraud, Obama’s death panels, and climate change, they are probably just as wrong when they interpret the Constitution and use it to defend their actions.

“Look around you at the chaos of our daily lives. I thought we should get a clear shot at what founded us. Maybe if we’re truly aware of the mixed bag that founded us, then we wouldn’t be too surprised at finding ourselves in the bed we’re in.”

In The Grouchy Historian: An Old-Time Lefty Defends Our Constitution Against Right-Wing Hypocrites and Nutjobs, Asner leads the charge for liberals to reclaim the Constitution from the right-wingers who use it as their justification for doing whatever terrible thing they want to do, which is usually to comfort the comfortable and afflict the afflicted. It’s about time someone gave them hell and explained that progressives can read, too.