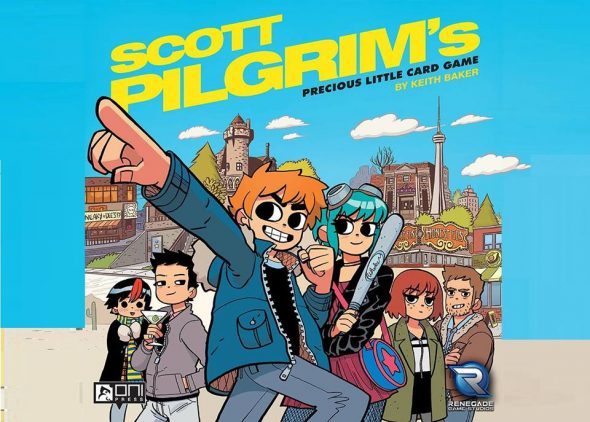 Game designer Keith Baker appears to demonstrate how to play the game and Scott Pilgrim creator Bryan Lee O’Malley will be here to sign copies of the game at this exclusive event for Scott Pilgrim’s Precious Little Card Game on Tuesday, September 26th at 7:00 PM.

Scott Pilgrim’s Precious Little Card Game is a deck-building game that challenges you to grow up and prepare for your finest hour. Players assume the roles of their favorite characters in the Scott Pilgrim universe, each of whom comes with a unique starting deck. Innovative double-sided cards let you decide whether to solve your problems with hard work and empathy, or whether to embrace the unpredictable world of gratuitous video game violence. Defeating the Evil Ex and collecting Power-Ups will help players inch their way towards victory.

This is a wristbanded event. A wristband will be issued on a first come, first serve basis to customers who purchase Scott Pilgrim’s Precious Little Card Game from Barnes & Noble at The Grove beginning September 26th at 9am