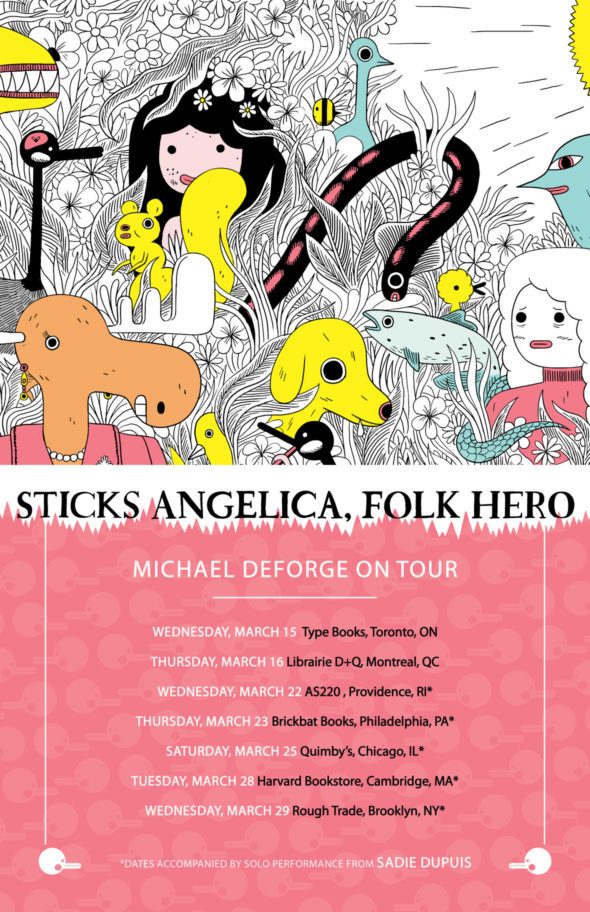 Join Michael DeForge at AS220 on Wednesday, March 22, 2017 at 7:00 PM for a live reading and book signing as he introduces the world to Sticks Angelica, Folk Hero. Sticks has escaped her heritage for the refuge of the woods and through her story, DeForge delivers another deeply humane work, one that subtly questions the integrity of the political state and contemporary journalism, all while investigating our relationship to the natural world.

Michael will be joined by Mickey Zacchilli, and musician Sadie Dupuis (Sad13, Speedy Ortiz) who will play a solo set following the reading. Come out for a celebratory lo-fi comics night!