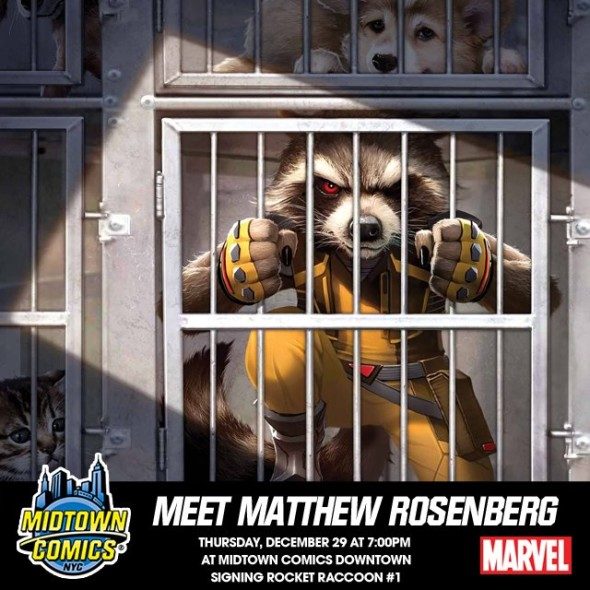 Writer Matthew Rosenberg (Four Kids Walk Into A Bank, We Can Never Go Home, Civil War II: Kingpin) will visit Midtown Comics Downtown on Thursday December 29th at 7:00 PM to sign the first issue of Marvel’s new Rocket Raccoon series! This is an OPEN signing and we recommend showing up early, just to be safe. Getting a copy of Rocket Raccoon #1 signed is mandatory and you may get up to two other items signed.

GROUNDED! From the pages of Guardians of the Galaxy, Rocket has found himself stuck in the LAST place he wants to be-the backwards, no-class, pit of a planet called Earth. It’s where those dumb furry things people say he looks like are from! One thing is clear-it doesn’t matter who or what gets in his way…he’s gotta get off this mudball, NOW. Easier said than done.