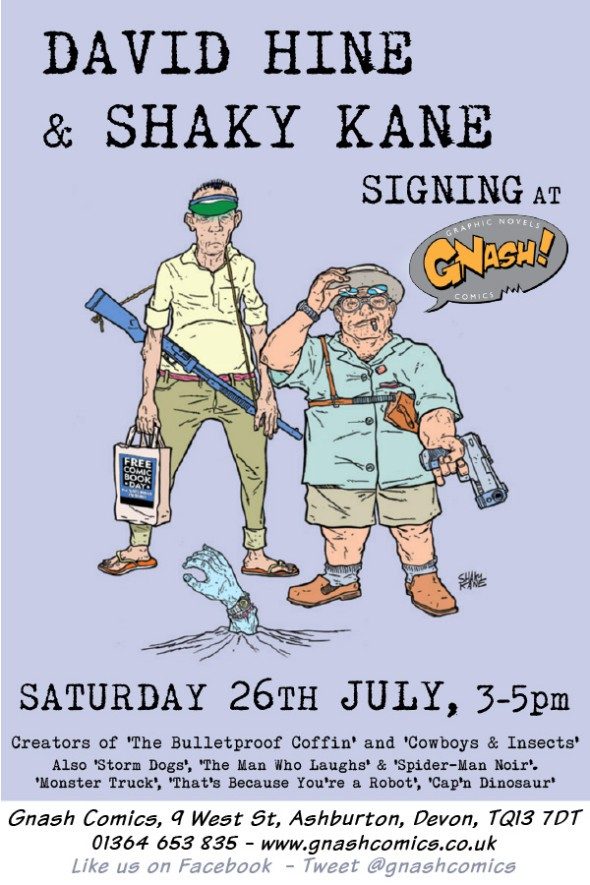 Come and join comic creators Shaky Kane and David Hine at Gnash as they sign their work, chat and answer your questions!

Get a free ticket from our Eventbrite listing and get 10% discount on purchases on the day!

While not collaborating, David Hine has worked on the Image series ‘Storm Dogs’,‘The Man Who Laughs’ graphic novel, ‘Spider-Man Noir’, the ‘Poison Candy’ manga series and has written numerous for numerous storylines and characters from Marvel and DC Comics.

Shaky Kane has drawn ‘That’s Because You’re a Robot’ with writer David Quantick, worked on ‘Elephantmen’ and ‘Cap’n Dinosaur’ from Image Comics, and written and drawn his own graphic novel: ‘Monster Truck’.

We’re putting a listing up for this event on Eventbrite – you can see it by clicking here – claim your free event ticket from the Eventbrite listing and you’ll get 10% discount off anything in Gnash for the event!

See you on Saturday the 23rd of July at 3pm!