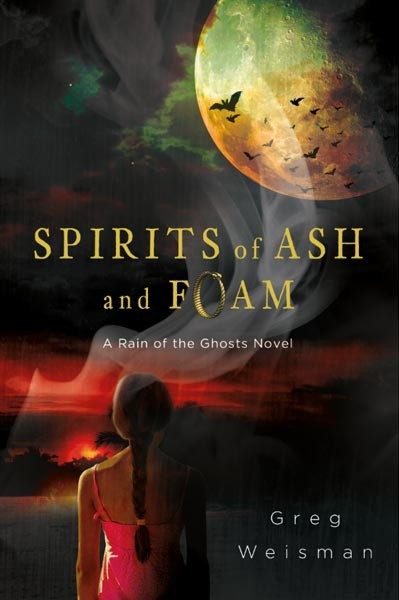 About Spirits of Ash and Foam:
In this sequel to Rain of the Ghosts, Rain Cacique must now unearth a whole new series of mysterious events, all while juggling the struggles of homework, babysitting duties, and new friends.  Now that she is equipped with her heirloom talisman her grandfather left her, she seeks the next mystical relic that will allow her to uncover her home’s secrets and launch her and her ghost grandfather into a whole new adventure..

About the Author:
GREG WEISMAN is an American comic book and animation writer and producer, best known as the creator of Gargoyles and as the Supervising Producer of The Spectacular Spider-Man. Weisman just completed work as writer and producer on the Young Justice animated series. The television series he’s produced have been nominated for a number of Emmy Awards. Currently he is working the new Star Wars cartoon REBELS.