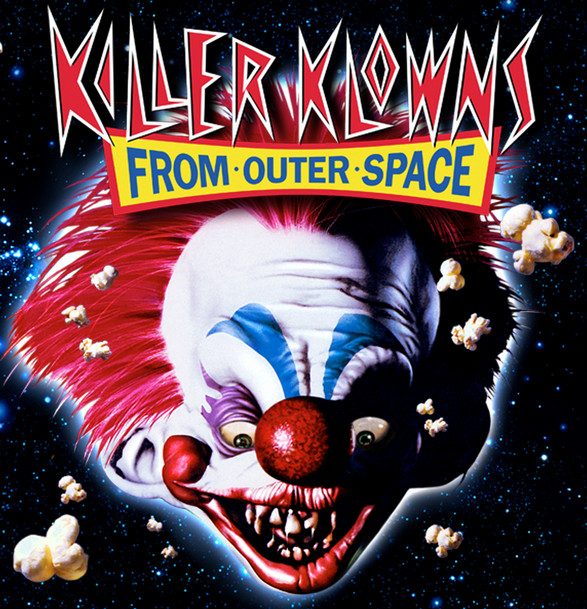 Fresh off a successful new event (May-Hem), Spooky Empire has jumped right into their annual show, Ultimate Horror Weekend. The date this year is October 7-9, 2011 held at the usual haunt, The Wyndham Orlando Resort. Now nine years and growing, Spooky Empire has become a well-established show, known all over for the some of the best guests, events, and of course parties! With a stellar starting lineup, this year is no exception.

The first batch of celebrity guests has been announced and includes some frightful new faces. Your requests have not gone unnoticed. Lance Henriksen has signed on as one of our first big announcements. Lance is best known for his parts in Aliens, Terminator, Powder and the TV series Millennium. Another new addition is Tom Atkins of Halloween III, The Fog, and Night of the Creeps. Barry Bostwick will also be making his first appearance at Spooky Empire. Mr. Bostwick is best remembered for his part in the cult film “The Rocky Horror Picture Show”, as Brad.

Spooky Empire will turn into a regular three ring circus when fans catch a glimpse of the Killer Klowns from Outer Space reunion. They’ve rounded up some of the cast and crew including the Chiodo Brothers; Stephen, Edward and Charlie as well as Suzanne Snyder, Grant Cramer and a couple of “klowns” Harrod Blank and Mike Martinez. Get your popcorn ready!

Other guests joining in on the fun will be Tony Todd of Candyman, iconic wrestler Roddy Piper also known for his film They Live, and Gunnar Hansen, the original “Leatherface” from The Texas Chainsaw Massacre. For the fans of House of 1,000 Corpses and The Devil’s Rejects…Bill Moseley, Michael Berryman and Tom Towles will be in attendance. Michael Berryman is, of course, best known for his part in The Hills Have Eyes.

Joe Bob Brigg’s will be “Drivin’ In” and William Katt will be “Flyin’ in” to Spooky Empire. Horror Host Briggs is best known as the host of Joe Bob’s Drive-in Theater while William Katt is best known for his role as “The Greatest American Hero” and the classic film “Carrie” . Jill Whitlow of Night of the Creeps, Kyra Schon and fan favorite Bill Hinzman of Night of the Living Dead will be together again, exclusively at Spooky Empire’s Ultimate Horror Weekend! Returning guests The Ghosthunters – Steve Gonsalves and Dave Tango – will be back as well.

For all you True Blood fans, we have a special treat for you! Appearing at Spooky Empire’s Ultimate Horror Weekend for the first time are Kristin Bauer “Pam” and Mariana Klaveno “Lorena”.

Advance tickets for this ultimate event are available now! $50 gets you in for the whole weekend, that’s all three days of horror for one low price! One day passes are just $30 and $35. Visit the website for more info www.spookyempire.com.

Make sure you reserve your rooms early. They sell out quickly and you don’t want to pass up the opportunity to stay on the premises, you don’t want to miss a thing. Rooms at the Wyndham are just $99 a night, if you mention “Spooky Empire” when you call for reservations. The Wyndham reservation line is 1-800-421-8001. You can also reserve your room via the website www.spookyempire.com

Join the legions of Spooky Empire fans on their Forum at www.spookyempire.com. Meet other fans, get answers to your questions, and find out the most recent updates on the show. You can also find and keep up with Spooky Empire on social networking sites such as Facebook and Twitter.

For more information visit the brand new website at www.spookyempire.com or call the Spooky Empire Hotline 954-258-7852.