BALTIMORE, MARYLAND – May 26, 2011 – The Baltimore Comic-Con is proud to officially announce that Stan “The Man” Lee will be the Guest of Honor at this year’s convention. The show will be taking place at the Baltimore Convention Center the weekend of August 20-21, 2011. 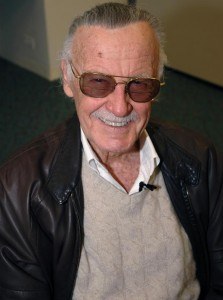 Known the world over as the architect of the Marvel Universe, Lee — along with Jack Kirby and Steve Ditko — co-created some of the most iconic characters of the Silver Age, including the Fantastic Four, Spider-Man, the Avengers, X-Men, the Incredible Hulk, Thor, Daredevil, Iron Man, and Doctor Strange.

Lee began his career in comics in 1939 at the age of 16, working for Martin Goodman at Timely Comics. He made his writing debut in 1941 with a text filler story in Captain America Comics #3 and wrote his first back-up story for that title two issues later. Lee continued to write for the publisher and, at the age of 19, was installed as interim editor. With a head for business and an eye for comics, Lee graduated to become editor-in-chief and art director of the comics division.

Throughout his illustrious career, which has spanned more than 70 years, Lee has been a writer, editor, publisher, President, and Chairman at Marvel Comics. He’s made cameo appearances in 14 films based on his creations and had a supporting role in Kevin Smith’s 1995 film, Mallrats.

In 2010, Lee teamed up with Boom! Studios to create three original superheroes titles — Soldier Zero, Starborn,and The Traveler — for the publisher, and in January of 2011, he worked with the National Hockey League (NHL) on the Guardian Project, creating a “Guardian” character based on the team mascot for each of the 30 cities with NHL franchises.

“There is no bigger star in all of comics. This will thrill all comics fans on the East Coast,” said Marc Nathan, show promoter of the Baltimore Comic-Con. “Personally, I am so excited, I can’t wait!”

Lee will be appearing at the Baltimore Comic-Con on both Saturday and Sunday, as well as attending the banquet for the Harvey Awards on Saturday evening. Details regarding ticket pricing for signings and VIP packages will be released over the next few weeks. To receive the latest information about Stan Lee and all of the Baltimore Comic-Con news, sign up for our mailing list at baltimorecomiccom.com!

In coming weeks, look for more announcements from the Baltimore Comic-Con. We are looking forward to highlighting our guests, the Harvey Awards, industry exclusives, and programming. The latest developments can always be found at our website, Twitter, Facebook, and MySpace pages.

This year’s Baltimore Comic-Con will be held August 20-21, 2011. Convention hours are Saturday 10 AM to 6 PM and Sunday 10 AM to 5 PM. The ceremony and banquet for the Harvey Awards will be held Saturday night, August 21st.

Please use the following e-mail addresses to contact the Baltimore Comic-Con:

press@baltimorecomiccon.com – for any general press inquiries or to be added to our PR distribution

registrar@baltimorecomiccon.com – for inquiries about submitted registrations

harveys@baltimorecomiccon.com – for communications regarding the Harvey Awards ceremony and banquet

About The Harvey Awards
The Harvey Awards are one of the comic book industry’s oldest and most respected awards. With a history of over 20 years, the last 6 in conjunction with the Baltimore Comic-Con, the Harveys recognize outstanding achievements in over 20 categories. They are the only industry awards nominated and selected by the full body of comic book professionals. For more information, please visit www.harveyawards.org.