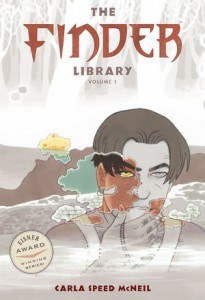 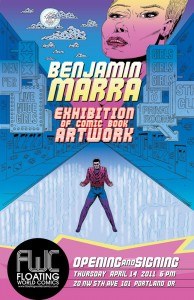 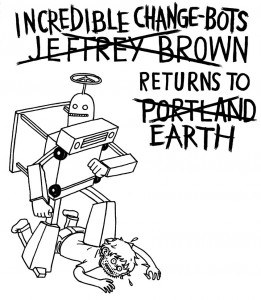 Wednesday, April 13th – Carla Speed McNeil will present original artwork and discuss her award winning series, FINDER. She self published this critically acclaimed series for over a decade and the book has acquired a cult status as “the best book you haven’t read”. She has found a new home at Dark Horse Comics who just released the massive FINDER LIBRARY VOL. 1, and FINDER: VOICE the newest chapter in the series.

Thursday, April 14th – Benjamin Marra is flying in from Brooklyn for a very special art exhibit and book signing. Marra is the creator of NIGHT BUSINESS, GANGSTA RAP POSSE, and INCREDIBLY FANTASTIC ADVENTURES OF MAUREEN DOWD #1 (a work of satire and fiction) which received media coverage from both Fox News and Huffington Post on the same day. Marra was recently published by Marvel Comics in their alt-comix anthology, STRANGE TALES II.

Friday, April 15th – Jeffrey Brown is one of the most popular alternative cartoonists working in comics. Well known for his autobio relationship comics, he has also branched out with hilarious superhero parody comics, and a series of super cute cat comics. Top Shelf will be publishing the second volume of his awesome Transformers parody, INCREDIBLE CHANGE BOTS, which will debut at this book signing.

In a society defined by its intricate network of clans, Rachel Grosvenor has grown up an outcast, straddling worlds. Now, her quest for admission to a highly exclusive clan sends Rachel spiraling into the dark underbelly of Anvard and a paradox that holds the key to her future: How do you find a Finder?

* “Finder is, bar none, the best SF comic being published today.” -Strange Horizons

Benjamin Marra – Benjamin Marra is the notorious creator of the comic books NIGHT BUSINESS, GANGSTA RAP POSSE and THE INCREDIBLY FANTASTIC ADVENTURES OF MAUREEN DOWD (A WORK OF SATIRE AND FICTION).

Marra’s comic book work has drawn comparison to mainstream masters Jim Steranko and Paul Gulacy as well as underground comix legends R. Crumb and Spain. His work exists beyond the cutting edge of independent comic books and operates within the cut itself.

Marra’s illustration work has been recognized by The Society of Illustrators, The Society of Publication Designers, American Illustration and the Art Directors Club. Some of  his clients include Playboy, Rolling Stone, The New York Times, Marvel Comics, Vice, Nylon, Widen+Kennedy and McCann-Erickson.

Jeffrey Brown – After growing up in Michigan, a 25-year-old Jeffrey Brown moved to Chicago in 2000 to pursue an MFA at the School of the Art Institute. He splashed onto the comics scene with the self-published relationship memoir Clumsy, which earned praise from cartoonists and readers alike, and was eventually picked up by Top Shelf. Many acclaimed graphic novels followed, establishing Brown as both a hyper-sensitive chronicler of bittersweet romance (Unlikely, Any Easy Intimacy) and a deadpan master of absurdist humor (Incredible Change-Bots, Sulk, I Am Going to Be Small).

Additional projects include: directing a music video for Death Cab for Cutie; the autobiographical collections Little Things, Funny Misshapen Body, and Undeleted Scenes; and the observational books Cat Getting Out of a Bag and Cats Are Weird. The prolific Mr. Brown lives and works in Chicago.