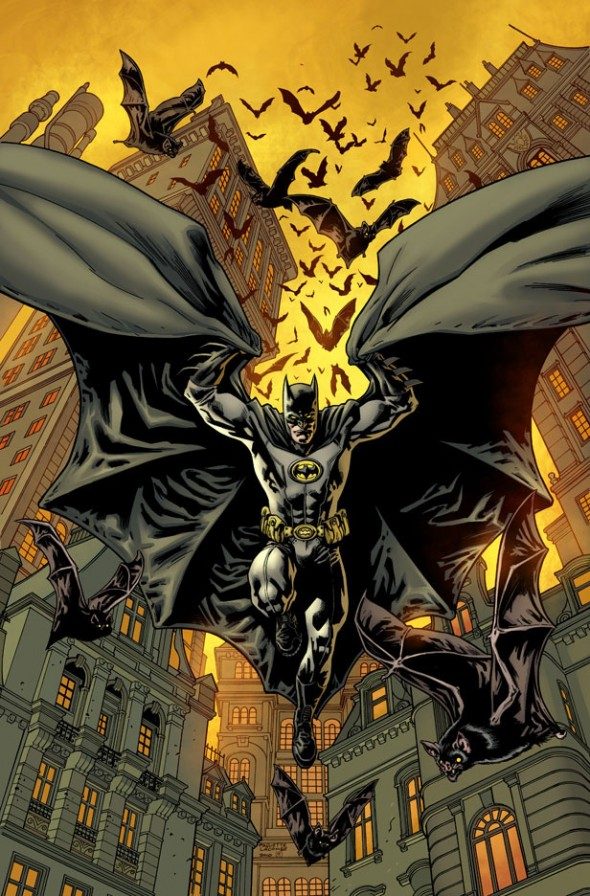 Benz, who has also starred in “Dexter,” “No Ordinary Family,” and “Desperate Housewives,” and Marsters will be part of a “Buffyfest,” which has proven popular at other Wizard World shows and will include other “Buffy: The Vampire Slayer” stars Nicholas Brendon, Clare Kramer, James Leary and Kelly Donovan in New Orleans.

“We are excited to be bringing all these stars and the best comic creators to New Orleans,” said Gareb Shamus, Wizard World CEO. “We feel like fans there have been waiting for an event like New Orleans Comic Con to come to their backyard, and we are ready for a big first year.”

Children and adult attendees are encouraged to come dressed as their favorite villain, superhero or pop culture personality for the chance to win special prizes in costume contests. Event-goers may also try their hand interactive product exhibits and shop for collectible comics, movie and television memorabilia, toys and games at more than 100 dealer booths.

The New Orleans Ernest N. Morial Convention Center is located at 900 Convention Center Blvd. in New Orleans. New Orleans Comic Con is the first stop on Wizard’s 2011 North American tour, which to date has 13 events scheduled. Hours are Saturday, Jan. 29, 10 a.m. – 7 p.m.; and Sunday, Jan. 30, 10 a.m. – 5 p.m.. Tickets are available in advance or by calling 1-866-882-5860 and online at www.wizardworld.com/neworleans.html at up to a 15% savings over tickets purchased at the door. Advance adult single-day tickets are $25 ($30 on site); two-day weekend tickets are $40 ($45 on site), and tickets are free for children age 10 and under when accompanied by a paid adult (limit two children per adult). VIP packages with special entry and exclusive items are also available.

The freshly renovated New Orleans Ernest N. Morial Convention Center is an essential component of what makes the city’s major business events so successful. With 1.1 million square feet of contiguous exhibit space, the Convention Center is the sixth largest convention facility in the nation, and it consistently ranks in the country’s top ten of facilities that hold the most conventions and trade shows annually.