Todd McFarlane to appear at the 11th annual Baltimore Comic-Con on Saturday, August 28, 2010.

Berkeley, CA – 10 May 2010 – Image Comics Founder and Partner Todd McFarlane is set to appear at Baltimore Comic-Con 2010 on Saturday, August 28, 2010. The creator of the groundbreaking comic book SPAWN will take part in signings and other events during the show. 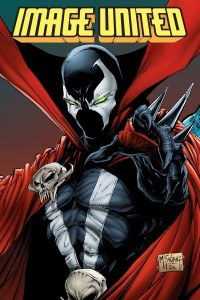 “I’m thrilled to be able to participate in this year’s Baltimore Comic Con,” says McFarlane. “It’s good to know events still exist where comics are the main focus, instead of being swallowed up by competing entertainment such as movies and video games. I appreciate all the support Baltimore Comic Con has provided Image with in the past, and am looking forward to attending and meeting with fans.”

Marc Nathan, organizer of the Baltimore Comic-Con, adds, “The Baltimore Comic-Con could not be more thrilled about hosting Todd McFarlane at this year’s convention. Image Comics continues to be at the top of all our publishing partners. We all know how popular Todd is and look forward to a great time!”

From budding baseball player to comic book artist extraordinaire to family man, Spawn creator Todd McFarlane has a wealth of experience in the world of entertainment. McFarlane’s road trip to creative autonomy began when he accepted an assignment penciling for Marvel/Epic Comics in March 1984. From there, he worked his way to the top of the talent roster before leaving Marvel to help found Image Comics with six other artists. It was then that Todd introduced his own character, Spawn. In 1994, Todd founded McFarlane Toys. Over the years, the company has become one of the largest, most renowned toy manufacturers in the world.

Don’t miss SPAWN creator Todd McFarlane at this year’s 11th annual Baltimore Comic-Con. He will appear one day only, on Saturday, August 28, 2010.

Image Comics is a comic book and graphic novel publisher founded in 1992 by a collective of best-selling artists. Image has since gone on to become one of the largest comics publishers in the United States. Image currently has five partners: Robert Kirkman, Erik Larsen, Todd McFarlane, Marc Silvestri and Jim Valentino. It consists of four major houses: Todd McFarlane Productions, Top Cow Productions, Shadowline, and Image Central. Image publishes comics and graphic novels in nearly every genre, sub-genre, and style imaginable. It offers science fiction, romance, horror, crime fiction, historical fiction, humor, and more by the finest artists and writers working in the medium today. For more information, visit the Image Comics website.