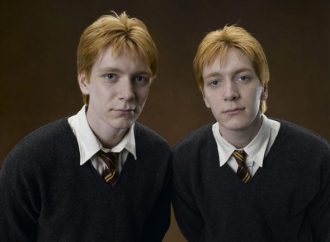 Houston, TX – Feb. 21, 2011– Proving that Texas really is a magical place, Comicpalooza organizers began Sci-Fi & Fantasy Week by announcing that James and Oliver Phelps –the twins who play George and Fred Weasley in the blockbuster Harry Potter movies—will be attending this year’s event. Comicpalooza 2011 will take place May 27-29 in Houston, Texas, less than two months before the release of Harry Potter and the Deathly Hallows part 2, the final installment in the Harry Potter movies.

Announcements involving guests from other major sci-fi & fantasy franchises such as Battlestar Galactica, Star Trek, Star Wars, and Firefly will be released Monday, Feb. 21 through Friday, Feb. 25, which has been designated by Comicpalooza organizers as Sci-Fi & Fantasy Week. The announcements will appear on the Comicpalooza website, Facebook, and Twitter. Events, games, activities, and entertainment will also be announced throughout the week. “Sci-Fi & Fantasy Week is an opportunity for us to give our sci-fi and fantasy fans a taste of what a weekend at Comicpalooza has to offer,” said company spokesman John Simons.

While fans of the science fiction and fantasy genres will have a lot to get excited about, other groups should not feel left out. Comicpalooza is aimed at a diverse audience with eclectic tastes. Say Simons, “We are planning special announcement weeks for other audiences as well. We’re putting together Gaming Week, Violence & Mayhem Week, Horror Week, Anime Week, and Steampunk Week. It’s a lot to cram into one weekend. I don’t think we could do it without magic.”

Comicpalooza is an annual multi-genre convention held in Houston, Texas, and features comics, sci-fi, anime, horror, steampunk, film, and celebrities. The next Comicpalooza will be held May 27-29, 2011 at the George R. Brown Convention Center. Sponsors for Comicpalooza include the Greater Houston Convention and Visitors Bureau, McDonalds, the Museum of Fine Arts Houston, Splatterfest.com, FUNimation, Bedrock City Comic Company, and the Southwest Alternate Media Project (SWAMP).