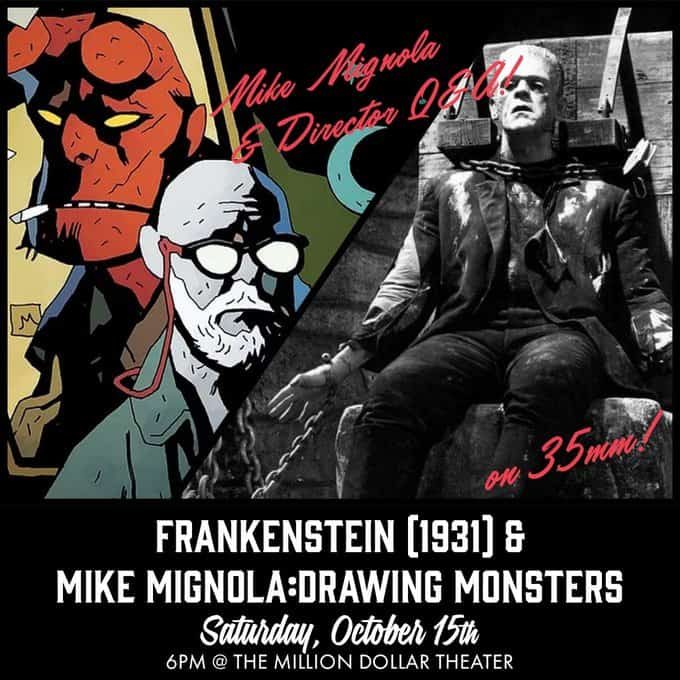 Comic book artist and creator Mike Mignola as well as documentary filmmakers Jim Demonakos and Kevin Konrad Hanna (makers of the Mignola documentary MIKE MIGNOLA: DRAWING MONSTERS which we are also screening) appear at the Million Dollar Theater on Saturday, October 15th at 6pm for a Q&A about Mr. Mignola’s process, his love of cinema, and thoughts on the intersection of comics, art, and cinema following the two movies!