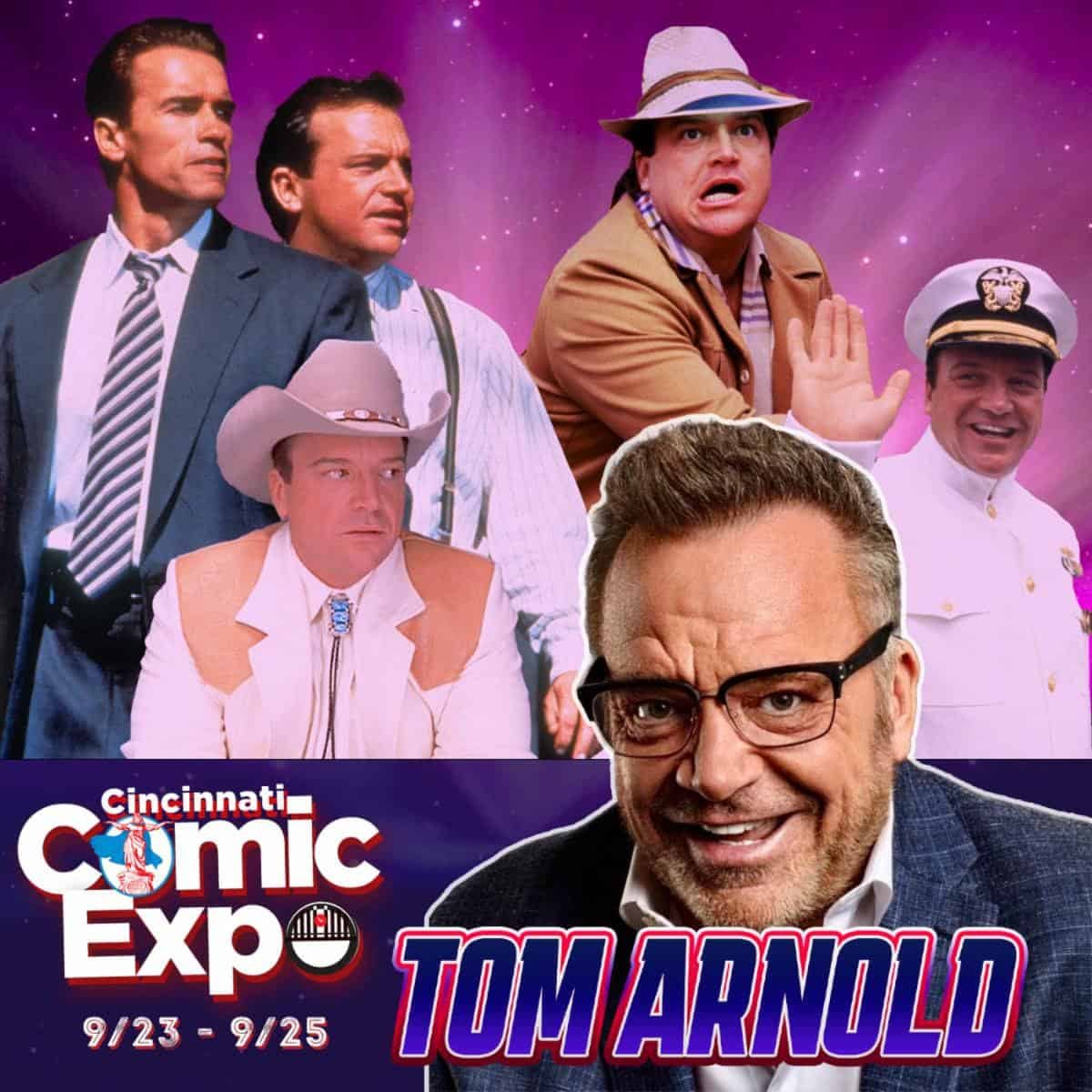 Actor and comedian Tom Arnold is attending the 2022 Cincinnati Comic Expo all weekend long! On television, Tom is best known for his roles on Roseanne, The Jackie Thomas Show, and The Tom Show. He is also credited with appearances on General Hospital, Hercules, The Simpsons, Baywatch, The Outer Limits, Arli$$, King of the Hill, Sons of Anarchy, Trailer Park Boys, NCIS: New Orleans, and others. In addition to appearing on SNL and MadTV, Tom has been on Howard Stern, The Best Damn Sports Show Period, and over 200 other reality and talk shows. On the big screen, Tom’s resume includes Freddy’s Dead: The Final Nightmare, True Lies, Big Bully, The Stupids, McHale’s Navy, Shriek If You Know What I Did Last Friday the Thirteenth, Cradle 2 the Grave, Dickie Roberts: Former Child Star, Soul Plane, Mr. 3000, Austin Powers: International Man of Mystery, Hacks, Madea’s Witness Protection, and much more! 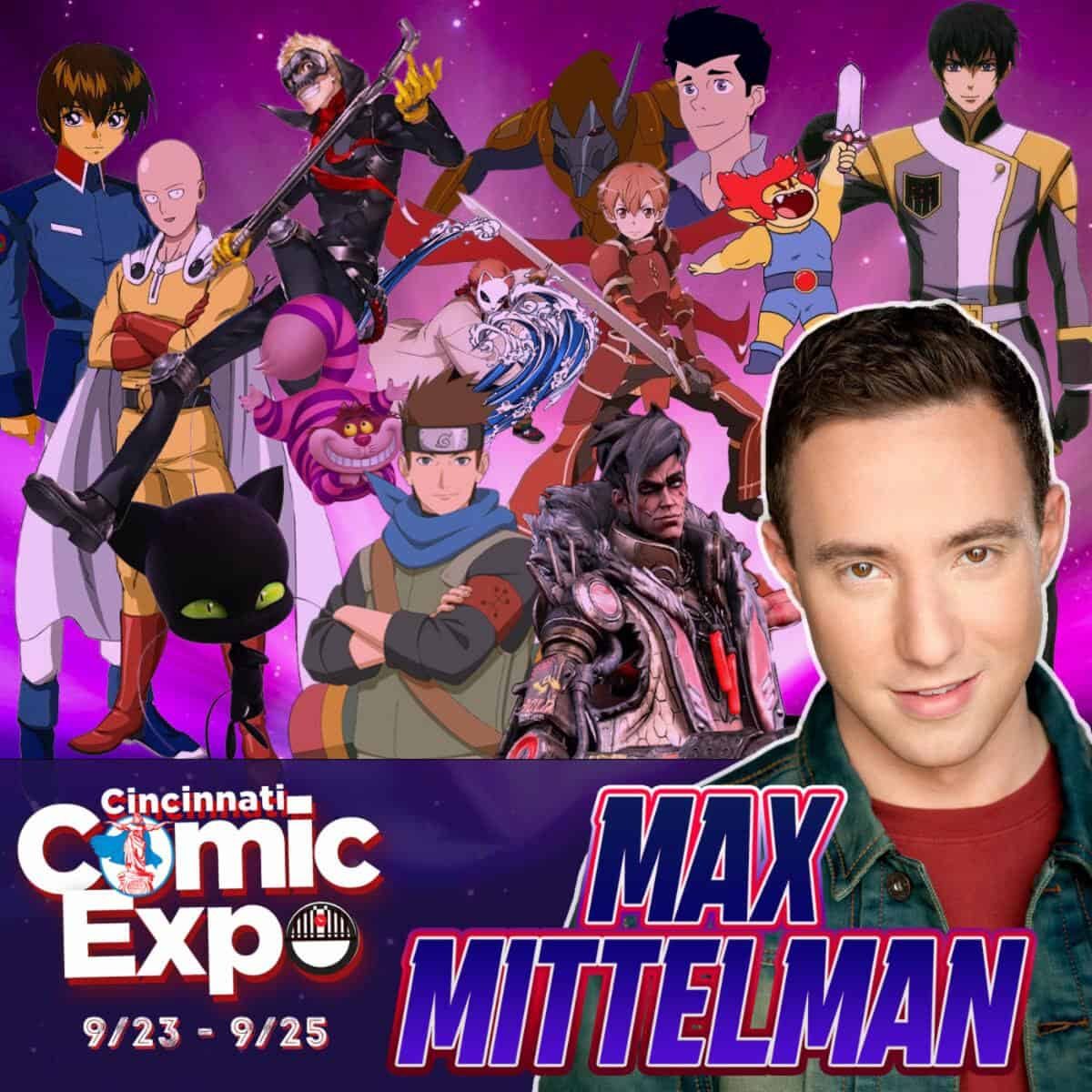 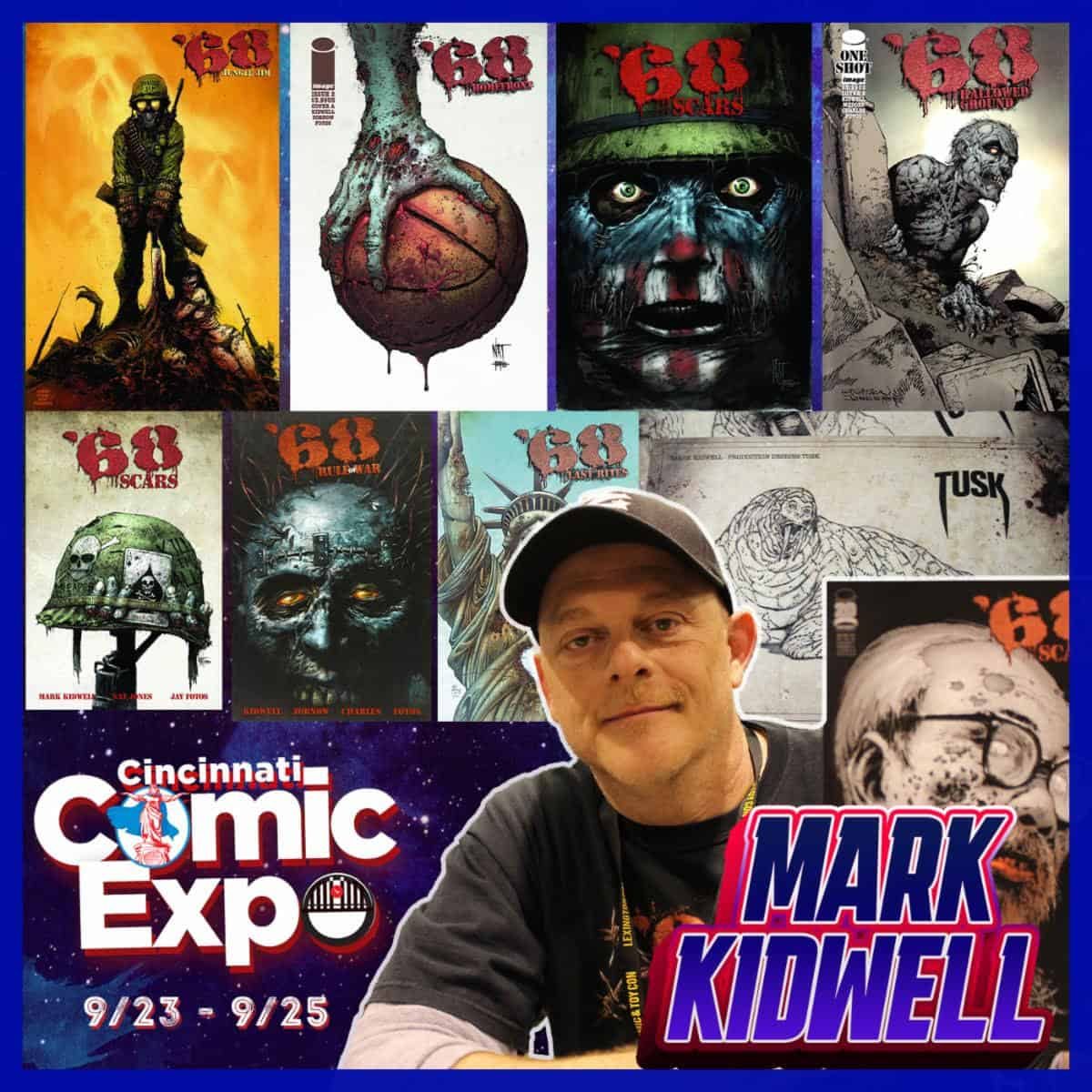 Artist and writer Mark Kidwell returns for the 2022 Cincinnati Comic Expo! Mark has published dozens of comic books representing genres from horror to western to sword and sorcery heroic fantasy. He has worked with Image Comics, Fangoria Magazine, Cryptic Magazine, IDW and others. He has written multiple screenplays including BUMP, based on his splatterpunk comic series from Fangoria Comics. Mark has also designed special FX makeup and creatures for Robert Kurtzman’s Precinct 13 Entertainment group, working on projects from such horror luminaries as Stuart Gordon, Dee Snider and Don Coscarelli. Mark considers his collaboration with co-creators Nat Jones and Jay Fotos on ’68 a high water mark in a career of producing dark, intelligent horror fiction. 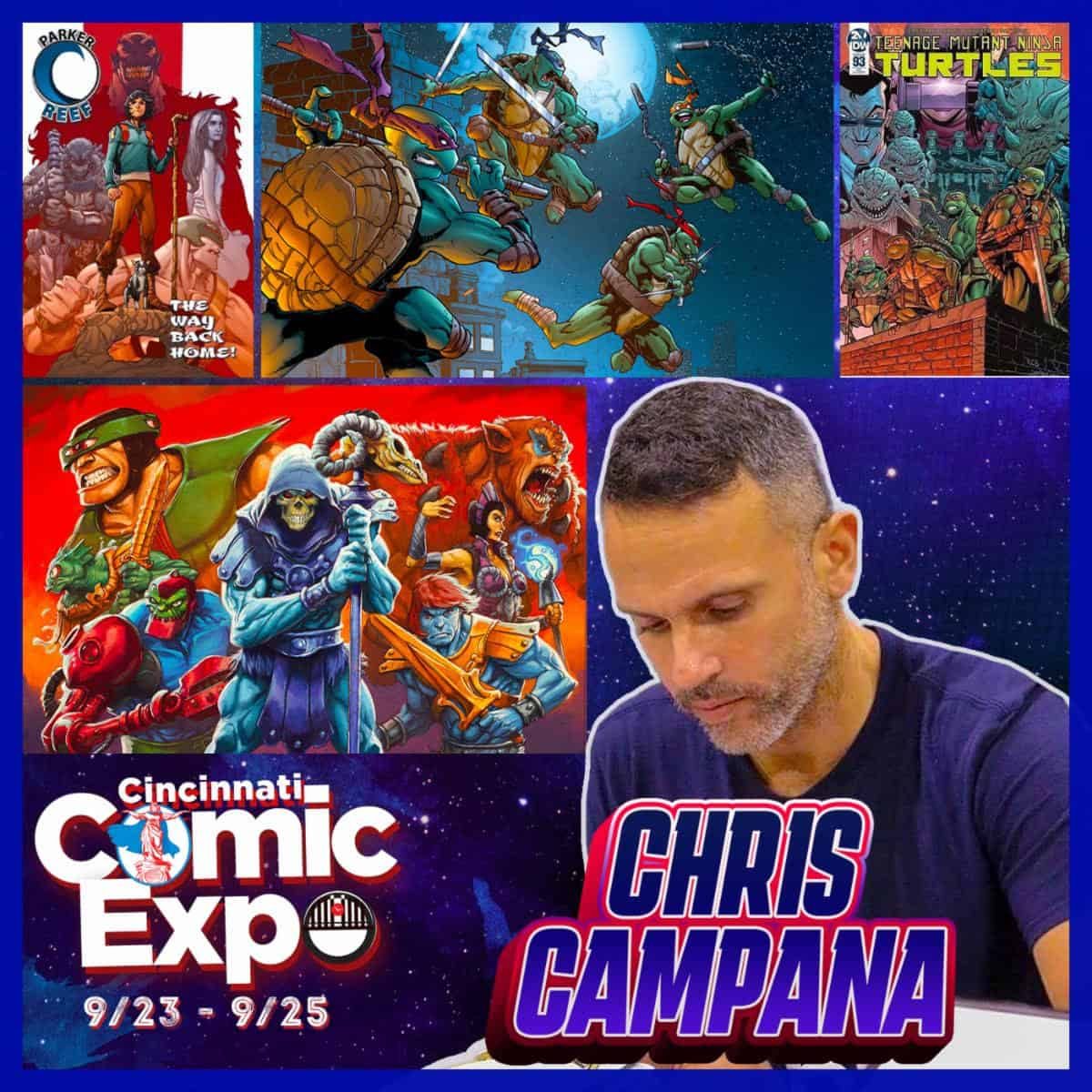 Artist and writer Chris Campana will be a guest at the 2022 Cincinnati Comic Expo! Chris got his start way back in 1997 with a short story in Negative Burn for Caliber comics and the self-published/creator owned “Jaiden”. After a break from the industry, he returned and has done work for such companies as IDW, Dynamite, Aftershock and Cold War. Chris is also a multi nominated Writer / Artist for his creator owned title “The Adventures of Parker Reef “. Other creator owned titles include “First World” and “Chosen.” 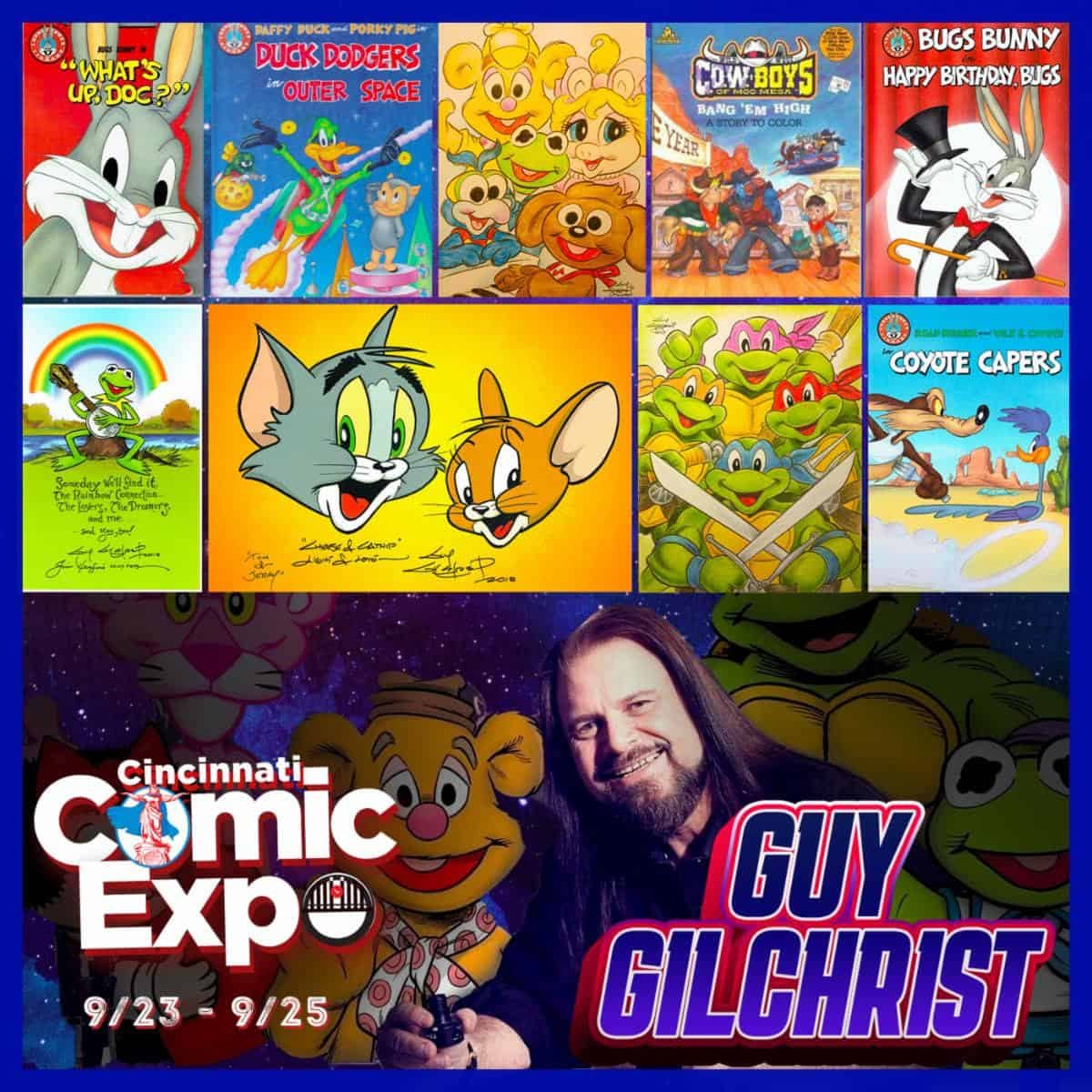 Artist Guy Gilchrist is returning for the 2022 Cincinnati Comic Expo! Guy Gilchrist will always be known as “Jim Henson’s Cartoonist,” having created “The Muppets” comic strip (KFS) for newspapers around the world 1981-86 and having a leading role on Jim’s creative team on Muppet Babies, Fraggle Rock and Other Henson creations. He has also headed Publishing and/or Licensing for TMNT, Tom and Jerry, Looney Tunes, Tiny Toons, Pink Panther, and Disney among other cartoon icons. Guy is the author of 50+ children’s books of his own creations, and has been given three Children’s Choice Awards from the International Reading Council of The United Nations for his Tiny Dinos series, as well as garnering two Silver Reuben Awards from the National Cartoonists Society (NCS) for Night Lights & Pillow Fights Volumes l & ll. Guy’s Muppets work was permanently enshrined in the Smithsonian in 1984, with First Lady Nancy Reagan declaring him “a national treasure”. For 23 years, he also wrote and drew the Nancy comic strip (UFS)(Universal), the Night Lights comic strip, Mudpie comic strip, and the Your Angels Speak comic strip for various news syndicates. 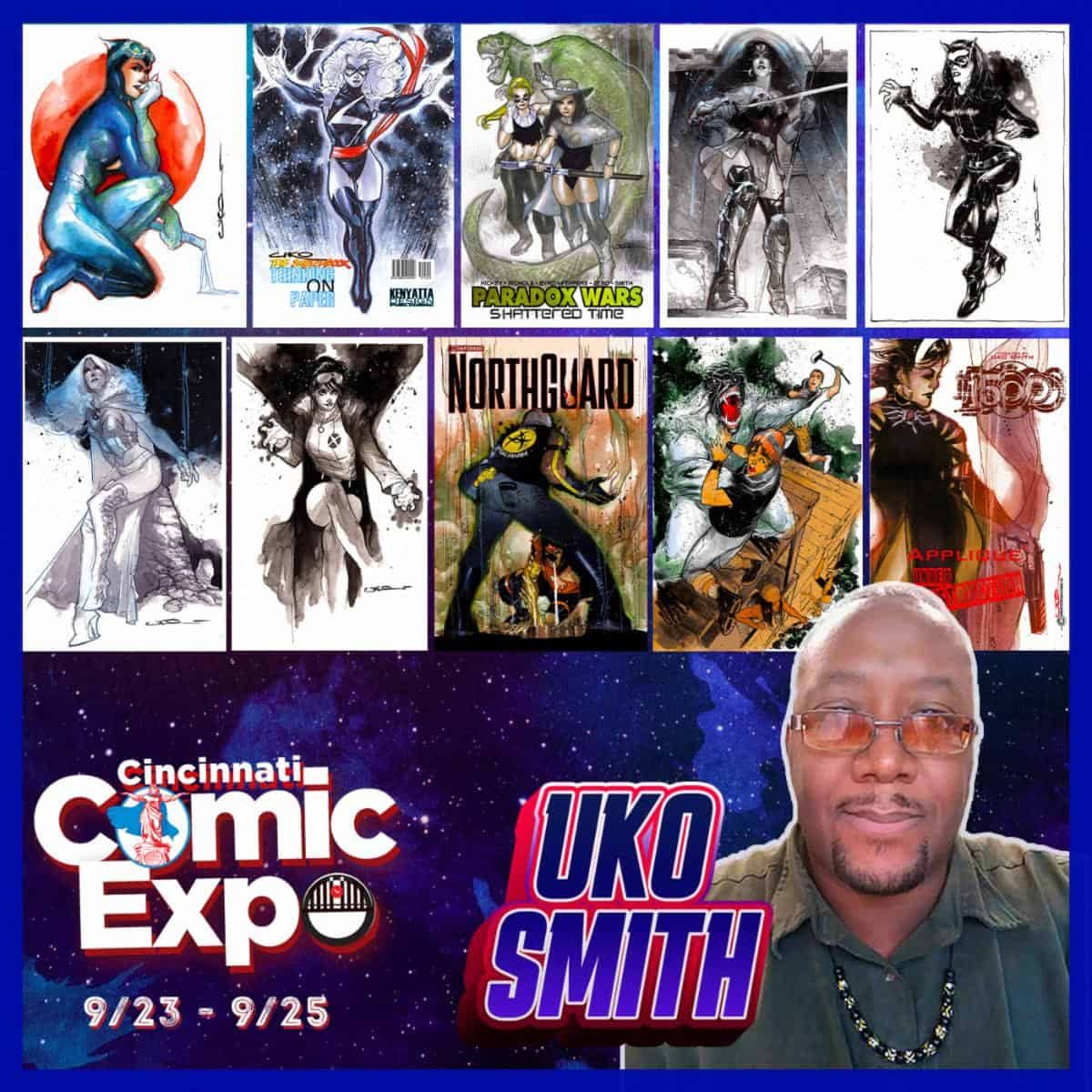 As always admiring the female form, Uko gives great attention to the emotion and alluring look of his females whether it be the eyes, hair or clothing designs he decides to adorn them with (if any at all). His attraction to the female form “goes way back as a young child to looking through lots of Frazetta books and Playboy magazines. Inspirational artists that Uko has admired throughout the years are aformentioned Frazetta, Michelangelo, Robert McGinnis, John Byrne, Kevin Nowlan, Serpieri, Bridgman, Vargas, Petty, Larry Stroman are just a few on the list.

Buyers of his work have included Julie Strain, Veronika of Echo Gallery and other noted models in the industry and followers of pinup art. Uko has published four portfolios titled “Visions of Erotica”, illustrating themes of fetish, fashion and nude modeling. There is one common theme throughout his work and that is the women that he portrays always have a strong femininity to them. 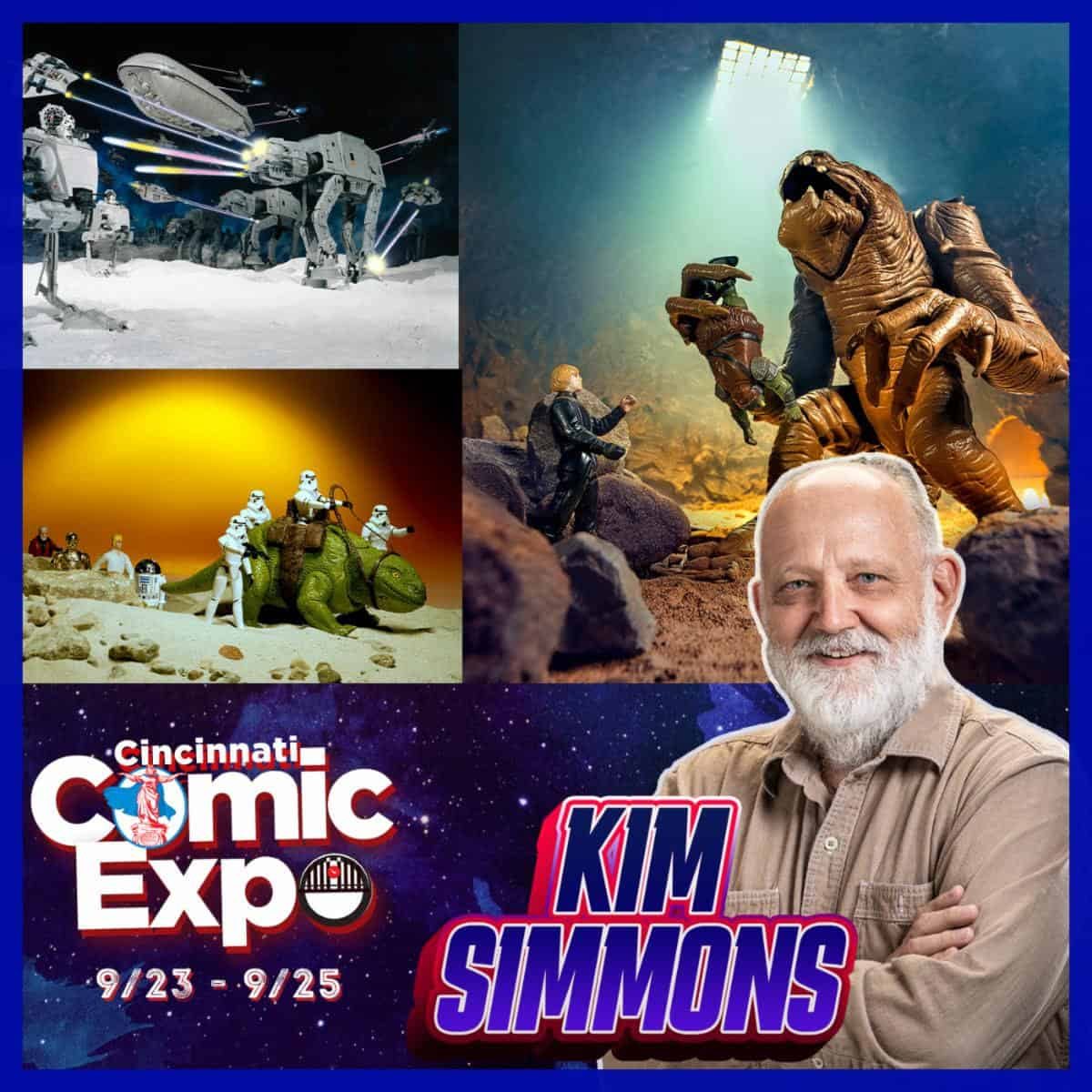 Kenner toy photographer Kim Simmons will be returning as a guest for the 2022 Cincinnati Comic Expo! Kim is known as “themanwhoshotlukeskywalker” and has created sets for Star Wars packaging, sales, and catalogue pieces.