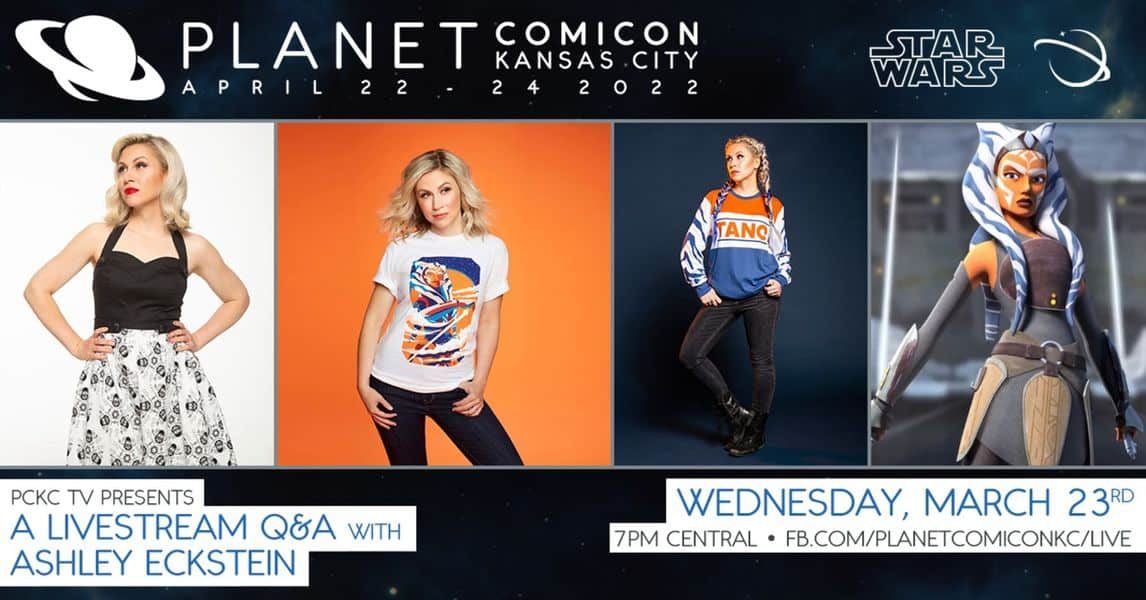 Join us on Wednesday, March 23rd, at 7pm CST for a very special livestream Q&A with Ashley in anticipation of her visit to our corner of the geek galaxy next month at Planet Comicon Kansas City!

ABOUT ASHLEY ECKSTEIN
A leading authority on female fandom, Ashley Eckstein has been featured on CNN, Forbes, Entertainment Weekly, The New York Times, Los Angeles Times, The Wall Street Journal among many others. She has been chosen by Good Housekeeping magazine as one of their 25 Awesome Women, she’s been a speaker at Fortune’s Next Gen Most Powerful Women Summit and was chosen by CNET as one of their Women Who Inspire.

Ashley is an accomplished actress and host and can be heard as the voice of Ahsoka Tano in Star Wars: The Clone Wars on Disney+. Ashley’s book, “It’s Your Universe, You Have The Power To Make It Happen,” is an inspirational guide on how to make your dreams come true. She shares her own life lessons as well as lessons from iconic Disney characters, as a road-map for how to dream it and do it!

Ashley is married to former MLB player and World Series MVP, David Eckstein. They both enjoy traveling the world, teaching kids how to achieve their dreams and they take their love of pizza very seriously!