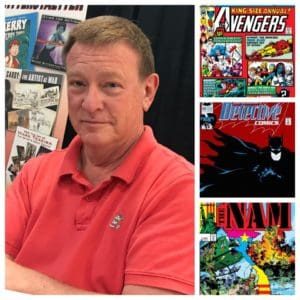 Michael Golden will appear in store at 901 Comics to sign autographs on Saturday December 18th.

Michael Golden is a legendary artist who has worked for Marvel and DC Comics. He has worked on such titles as Batman, Mister Miracle, House of Mystery, The ‘Nam, Micronauts, Avengers, and X-Men to name a few. He is also co-creator of Rogue, Micronauts, and Captain Universe!