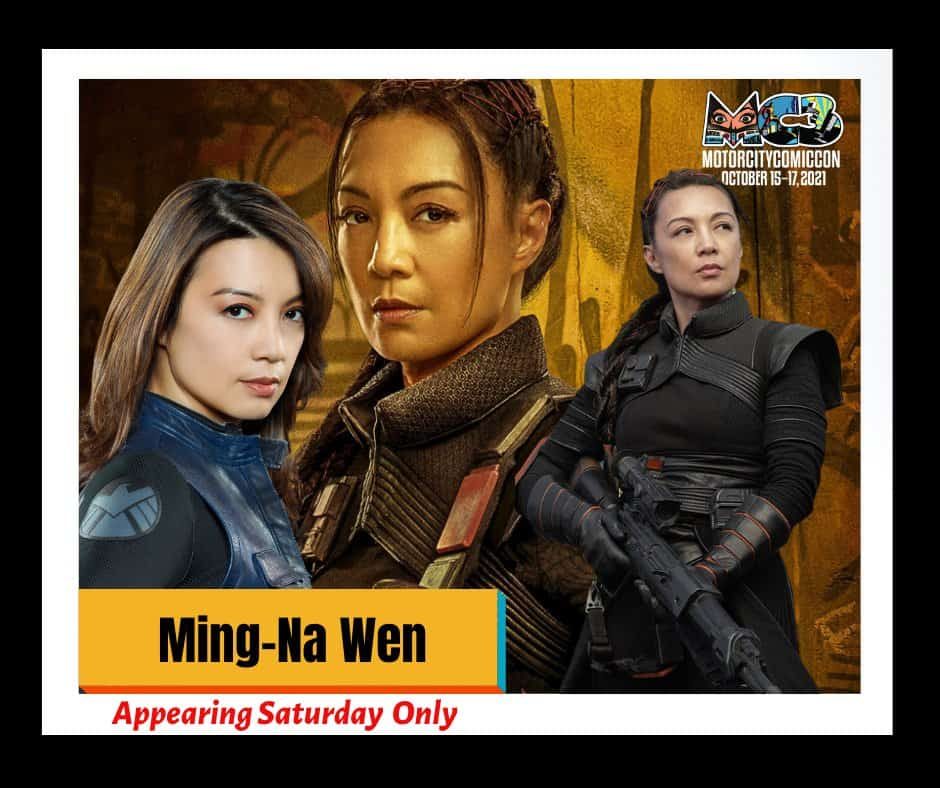 Motor City Comic Con, Michigan’s longest running and largest comic and pop-culture event, is pleased to announce Ming-Na Wen will attend this year’s convention which will be held on October 15-17th at the Suburban Collection Showplace. Ming-Na Wen will be available for one day only during the convention,  Saturday, October 16th, to sign autographs ($75) and professional photo ops by Pose Photos ($75).

Ming-Na first won attention with her touching and critically acclaimed performance as June in the feature film THE JOY LUCK CLUB. But she is most noted for her portrayal of Dr. Jing-Mei Chen on the hit show ER and Melinda May on Marvel’s Agents of SHIELD. Other series have included SGU STARGATE UNIVERSE and EUREKA. She currently plays bounty hunter Fennic Shand on The Mandalorian and The Bad Batch.

Ming-Na received the first contract role for an Asian-American actor in a daytime drama when she won the part of Lien Hughes on “As the World Turns.” Other television credits include “Law and Order SVU,” “Boston Legal,” “The George Lopez Show,” “Private Practice,” and “Two and a Half Men.” The diverse actress proved she was able to play more than the gentle wallflower June in “The Joy Luck Club,” when she tackled the roles of Chun-Li, the butt-kicking female lead in “Streetfighter”; and as the sex-hungry wife Mimi in director Mike Figgis’ film “One Night Stand.” Ming-Na is proud to be the title voice of “Mulan,” Disney’s animated feature (for which she won an Annie Award) as well as the lead voice of Aki Ross in the stunning CGI animated film “Final Fantasy.” The talented actress has also has lent her voice for the shows Phineus and Ferb and Ni Hao Kai Lan; as well as documentaries and children’s books.