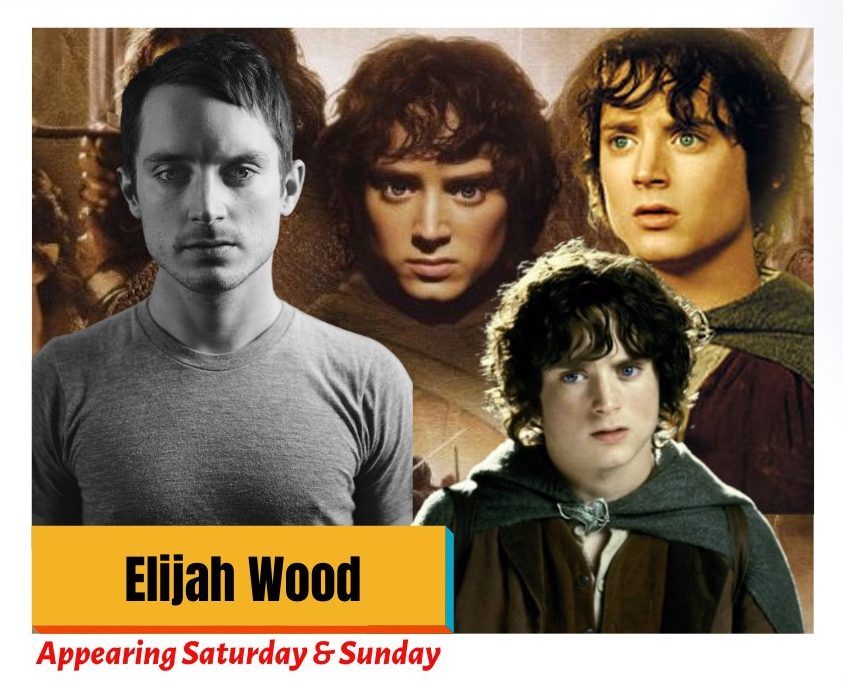 Motor City Comic Con, Michigan’s longest and largest comic
and pop-culture event, is pleased to announce Elijah Wood will attend this year’s convention which is running October 15-17th at the Suburban Collection Showplace. Elijah Wood will be available for two days during the convention, Saturday, October 16th and Sunday, October 17th for autographs ($80) and professional photo ops by Pose Photos ($100).

Elijah Wood is an American actor best known for portraying Frodo Baggins in Peter Jackson’s blockbuster Lord of the Rings film trilogy. In addition to reprising the role in The Hobbit series,
Wood also played Ryan in the FX television comedy Wilfred and voiced Beck in the Disney XD animated television series TRON: Uprising. His first credit was a small part in Back to the Future Part II, Wood’s first major film role was in the ‘Barry Levinson’ historical family drama Avalon. Following that, Wood became an in demand child actor, appearing in a number of major films such as Paradise, Radio Flyer, and The Good Son, in which he co-starred with Macaulay Culkin. This was followed by the first role for
which he received top billing, North. Although the film was widely condemned and a disaster at the box office, Elijah was praised as the only good thing to come out of it.

Wood’s work in Peter Jackson’s film adaptations of J.R.R. Tolkien’s The Lord of the Rings: The Fellowship of the Ring, The Lord of the Rings: The Two Towers, and The Lord of the Rings:
The Return of the King, provided a major boost to his career. The actor followed his work in the astronomically successful trilogy with a broad range of interesting screen roles and voice work,
including a supporting role in Michel Gondry’s Eternal Sunshine of the Spotless Mind, as well as the part of a sinister mute sociopath in Sin City. His voice work has been featured in such animated films as Happy Feet and 9, as well as on television series including American Dad! and Robot Chicken. Wood also played Ad-Rock in the Beastie Boys’ comedic video for Beastie Boys: Fight for Your Right Revisited. An avid music fan, Wood founded Simian records and released its first album, New Magnetic Wonder by The Apples in Stereo, in 2007.

TX – An Evening with Jim Carrey