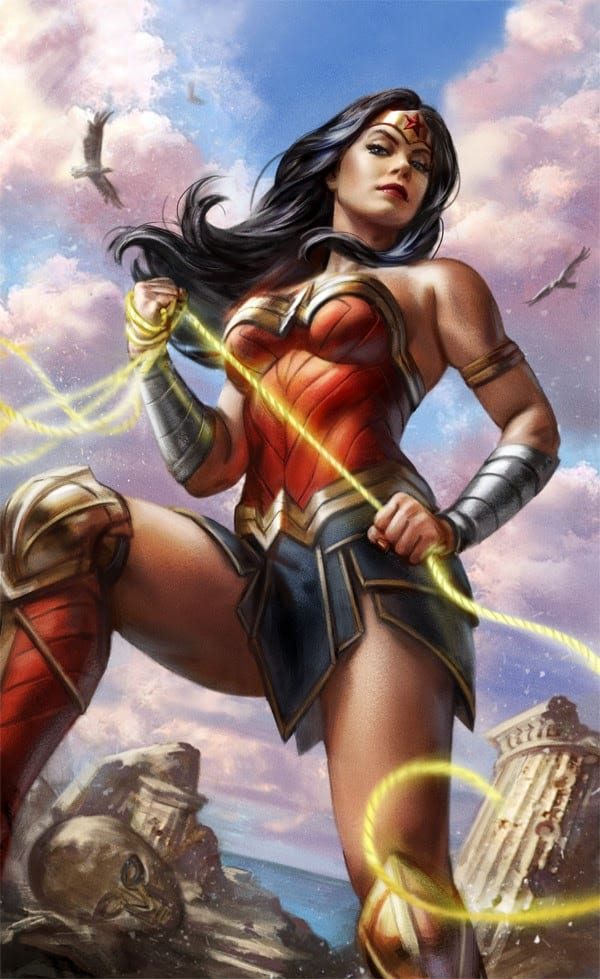 “At 80 years of age, Wonder Woman is indisputably the most recognizable fictional character in history. It’s a bold claim, but one hard to disprove,” says historian Andy Mangels. “No other character from books, film or television, music, or mythology is as well-known — visually—as she is because her mark on entertainment spans not only multiple generations, but also transcends language barriers and ages. Great-grandparents and children alike all know the red bustier and star-spangled shorts, the bulletproof bracelets and golden lasso of truth, the golden tiara and the invisible plane.”

The Legend of Wonder Woman features comic books, merchandise, and original illustrations by many of Wonder Woman’s most prominent artists, including H.G. Peter, who co-created the character in 1941 alongside writer William Moulton Marston; Trina Robbins, legendary underground comix artist and herstorian; George Pérez, who revitalized and redefined Wonder Woman for the 1980s; Robyn Smith, artist of the critically acclaimed YA graphic novel Nubia: Real One; and fan favorites including Colleen Doran, Phil Jimenez, and Liam Sharp.

The exhibition features original gallery text by Trina Robbins, who discusses her lifelong Wonder Woman fandom, and Andy Mangels, who shares a complete history of the character in an essay entitled “Look Back in Wonder.”

The Legend of Wonder Woman will be supplemented by a series of online programs featuring many of DC Comics’ top writers and artists, as well as a public reception later this summer. Please visit cartoonart.org for more information.