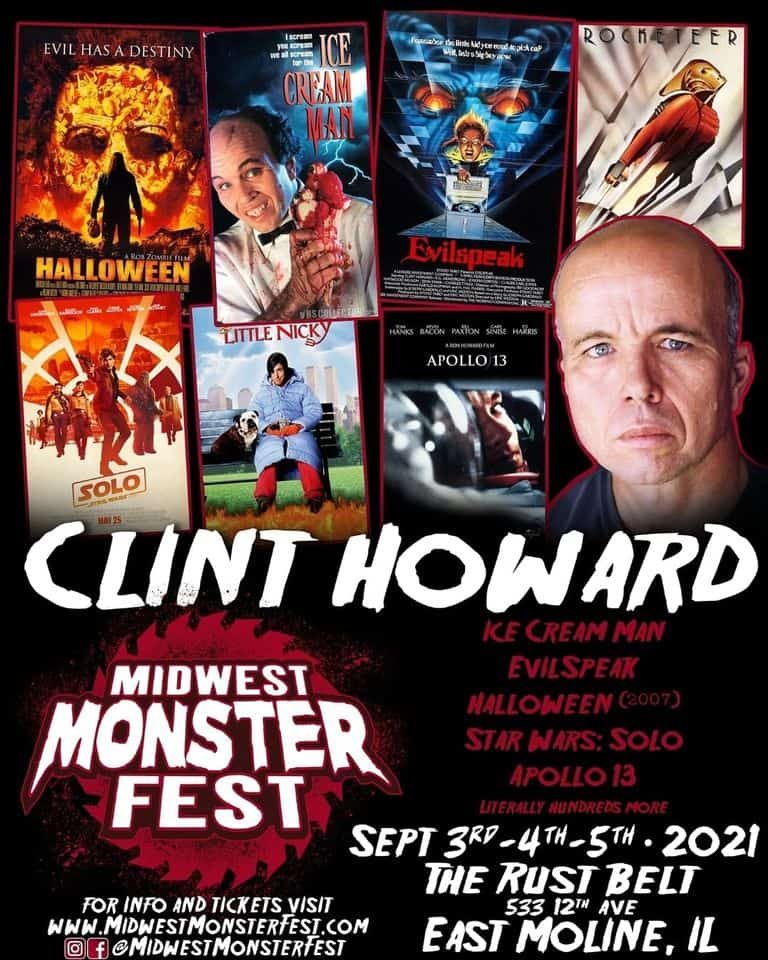 Clint (born April 20, 1959) is an American character actor and comedian and has been in 249 films. He is the younger brother of actor and director Ron Howard. Clint played Gregory Tudor in IceCream Man and was also in many of Rob Zombies movies 3 From Hell, Lords Of Salem and Halloween. He had roles in the films The Waterboy, Little Nicky, How The Grinch Stole Christmas, Cat In The Hat and Apollo 13, as well as on TV shows, playing characters such as Mark Wedloe on Gentle Ben, Stanley on The Baileys of Balboa , Steve on The Cowboys, and as Creepy Rodney on My Name Is Earl. Clint was also on Star Trek as a child and was even in later episodes. He has appeared in many films directed by his brother, Ron, as well as many low-budget cult films.

Get your tickets now at Co-Op Records of Moline and midwestmonsterfest.com