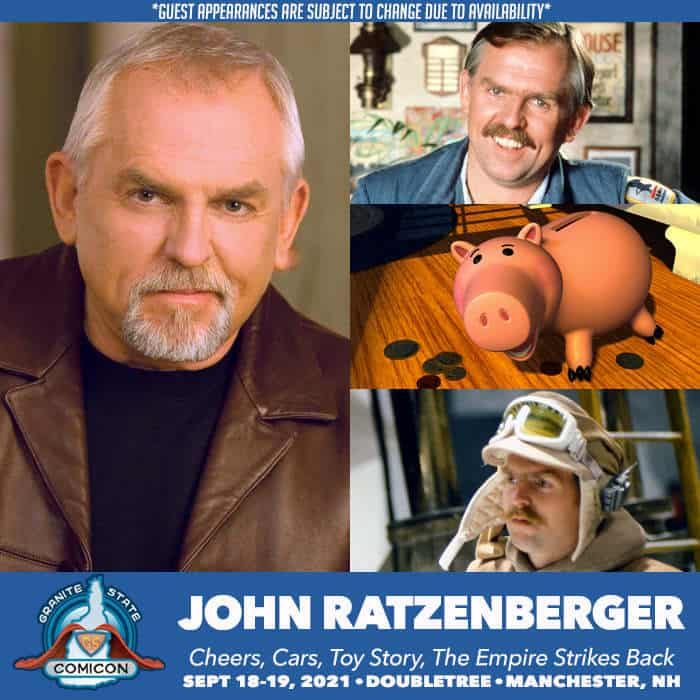 Greetings, Graniteers! We’re thrilled to announce our next guest* – actor

John Ratzenberger – for GraniteCon 2021!
John is best known for playing mail carrier ‘Cliff Calvin’ on one of the most popular sitcoms of all time “Cheers.” He had read for the part of Norm Peterson, but after the audition, he could tell they weren’t going to give him the part. Sensing an opportunity, he asked if they had written a “bar know-it-all”, which the producers decided was a great idea!
TICKETS ON SALE SOON!
*Guest Appearances are subject to change due to availability
Guests: www.granitecon.com/guests/
Artists: www.granitecon.com/artist-alley/
Vendors: www.granitecon.com/vendors/
Sponsorship: www.granitecon.com/sponsorship/