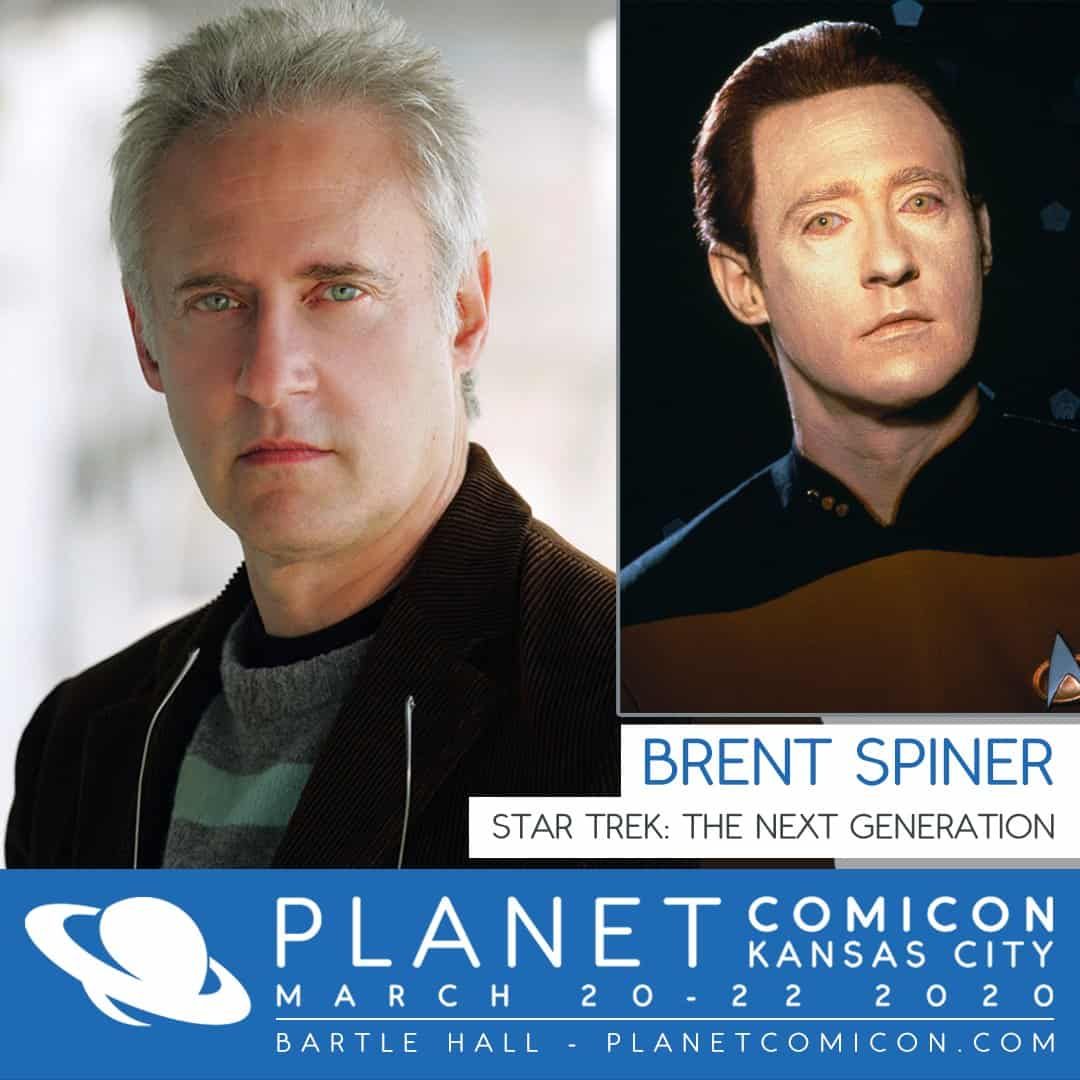 Planet Comicon Kansas City is excited to welcome Brent Spiner to our 2020 event. Brent is best known for his roles as Dr. Brakish Okun in Independence Day and as beloved android Data from Star Trek: The Next Generation.

Brent is set to return to television screens worldwide early in 2020. Spiner will be reprising his role as Data on the CBS series Star Trek: Picard. Later in 2020 Brent appears in Penny Dreadful: City of Angels as Capt. Ned Vanderhoffm a police officer in Los Angles on the eve of World War II. Recently he reprised his role as ‘Dr. Okun’ in the highly anticipated sequel, Independence Day: Resurgence. He first played the role 20 years ago in the original hit film, Independence Day.

Brent’s film credits include The Aviator, Superhero Movie, The Master of Disguise, Out to Sea, Phenomenon, and Miss Firecracker.