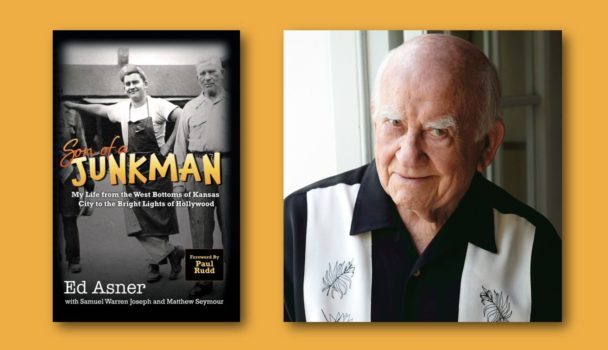 Ed Asner (Lou Grant, The Mary Tyler Moore Show, Up) appears at The Grove’s Barnes & Noble on Monday, January 27, 2020 at 7 PM to celebrate his new memoir Son of a Junkman: My Life from the West Bottoms of Kansas City to the Bright Lights of Hollywood.

Emmy Award-winning actor, Ed Asner, recounts tales from his amazing life in this charming and hilarious memoir. From his colorful childhood as the son of a junkman growing up in the West Bottoms of Kansas City all the way through his spectacular acting career during the golden age of film and television, Ed recounts warm memories that are anything but ordinary. Son of a Junkman makes the reader feel as if they’ve pulled up a chair in Ed’s home just in time to catch the loveable Hollywood grump tell a story or two.

This event is a discussion and signing and will be wristbanded
A wristband will be issued on a first come, first serve basis to customers who purchase Son of a Junkman from Barnes & Noble in The Grove beginning January 15th
• Limit 1 wristband per book
• Check Back for more Details as they Become Available