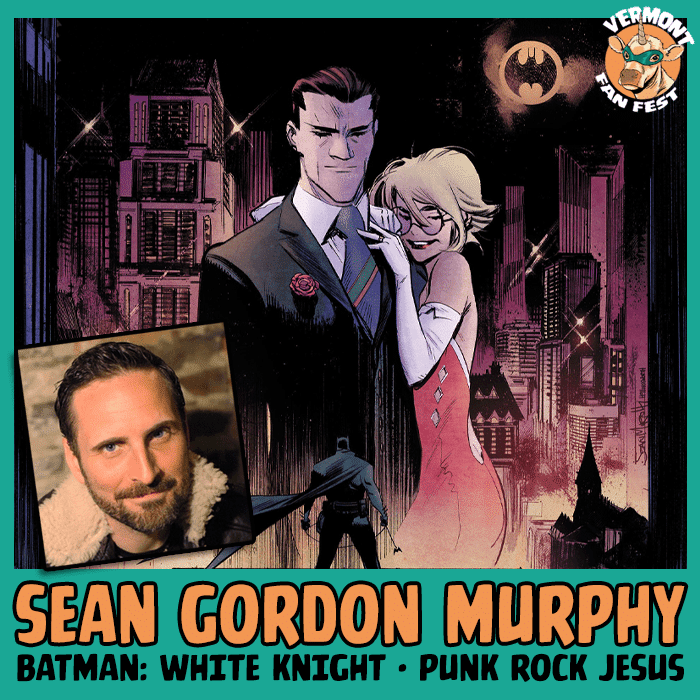 Vermont Fan Fest is pleased to welcome Sean Gordon Murphy as the first guest for our inaugural show on October 31 – November 1, 2020 at the DoubleTree by Hilton Exposition Center in Burlington, VT!

Sean Gordon Murphy is an American comic book creator known for work on books such as Joe the Barbarian with Grant Morrison, Chrononauts with Mark Millar, American Vampire: Survival of the Fittest and The Wake with Scott Snyder, and Tokyo Ghost with Rick Remender. He has also written and drawn the miniseries Punk Rock Jesus, as well as Batman: White Knight and its sequel Curse of the White Knight.

Sean will be appearing both days and will have books, prints, and original art for sale!

More guests will be announced in the coming months!