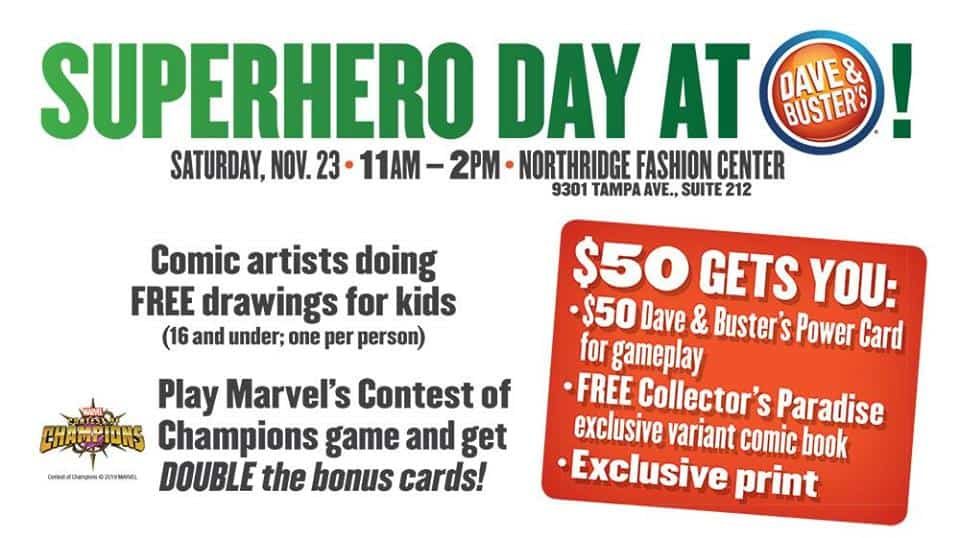 To participate in this amazing event proceeds of which go to Hero Initiative, you need to purchase a special limited edition Hero Initiative $50 Dave & Buster’s Power Card, which gives you $50 to spend on games at D&B, plus:

– A FREE Limited Edition Exclusive #1 issue Comic Book from Collector’s Paradise
– A FREE sketch for Kids under 16, from a comic book artist at Superhero Day (one FREE sketch per ticket bought)
– An exclusive print from Hero Initiative
– $50 to spend on games at Dave & Buster’s Northridge
– A Contest of Champions Tote Bag and Phone Socket
– Double points on Marvel’s Contest of Champions Video Game at Dave & Buster’s

Creators/Publishers that have already committed to being part of our event:
ASPEN COMICS
Fanbase Press
Chris Moreno
Peter Steigerwald
Bob Quinn
Bobby Breed… and more to be announced as they are added.