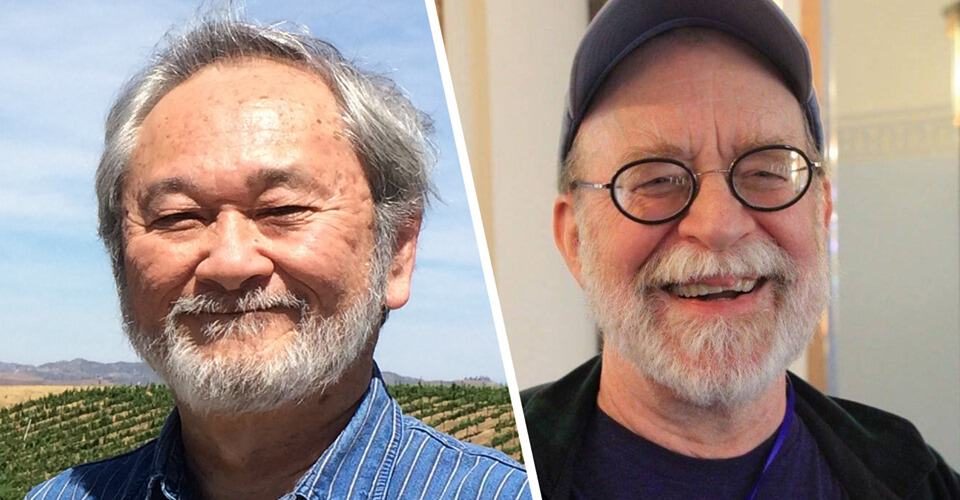 Upping the ante on an annual San Diego Comic Con tradition, IDW Publishing will host TWO industry legends – Stan Sakai (creator of the critically acclaimed Usagi Yojimbo) and Walter Simonson (legendary writer/artist of The Mighty Thor, Manhunter, and Ragnarök) for one very special dinner to which YOU are invited! Details at the link…

Mingle with both Sakai and Simonson on the evening of Thursday, July 18th in an event strictly limited to a handful of attendees, taking place in a private room at an upscale restaurant in the San Diego Gaslamp district, just a short walk from the convention center.

To participate, fans would need to purchase a dinner package. IDW offers two (2) dinner packages, with each package including special rewards relative to either Sakai or Simonson. Or – for the hardcore comics enthusiast – BOTH packages can be purchased!

Regarding original artwork, the diners will receive the illustrations featuring the character of their choice (as drawn by either Simonson or Sakai, respectively — note, Walter will draw any character, Stan any Usagi-related character), at the dinner event. The character must be selected by each confirmed guest within 24 hours of purchase to ensure readiness.

If you have any questions, please email ae@idwpublishing.com

Stan Sakai began his comic book career by lettering, starting with Groo for Sergio Aragonés. His work led him to meet Stan Lee, who asked him to letter for Spider-Man Sunday comics, which he did for 25 years. Sakai is most famous for his original creation of Usagi Yojimbo, an epic saga celebrating its 35th anniversary in 2019 and featuring Miyamoto Usagi, a samurai rabbit living in late-sixteenth and early-seventeenth-century Japan. His work on Usagi has led to multiple awards, including several Eisner Awards, the Harvey Award for Best Cartoonist, the Parent’s Choice Award, and multiple Young Library Association Awards. Skillful weaving of facts, legends, and Japanese culture into his work has made Sakai’s Usagi Yojimbo a favorite among educators as a curriculum tool. Since then, Usagi has been featured on television with the Teenage Mutant Ninja Turtles and has been consistently named as one of the top 100 comic book characters of all time. A TV show is currently in the works, produced by Gaumont Studios, Sakai, James Wan’s Atomic Monster, and Dark Horse Entertainment. Stan also loves to travel with his wife Julie, cook, and play with his three dogs, Ani, Momo, and Mika.

Walter Simonson has written and drawn nearly every major character from both Marvel and DC Comics over the course of his career, with his run on Marvel’s Thor from 1983 to 1987 — in which he created the character Beta Ray Bill — being a particular standout. His other notable works include an adaptation of Alien, with his Manhuntercollaborator and close friend, Archie Goodwin; Star Wars; The Fantastic Four; and Orion and Elric. In the 1980s and 1990s Simonson resurrected the concepts from his college thesis, creating the Star Slammers original graphic novel and miniseries. In 2014, Simonson launched Ragnarök with IDW Publishing, a creator-owned series that once again brings him back to his beloved Norse mythology.