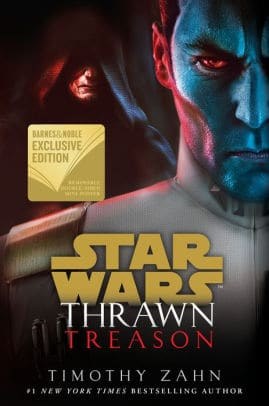 Timothy Zahn, bestselling author of several Star Wars titles and comics, appears at Barnes & Noble in the HarMar Mall
on Wednesday July 24, 2018 at 7:00 PM to sign the B&N exclusive edition of THRAWN: TREASON!

Mr. Zahn has been writing science fiction novels for almost 30 years. He has won the coveted Hugo award and has been on the New York Times best seller list multiple times. He’s best known for his novels set in the Star Wars universe, especially the Heir to the Empire and the Thrawn series.