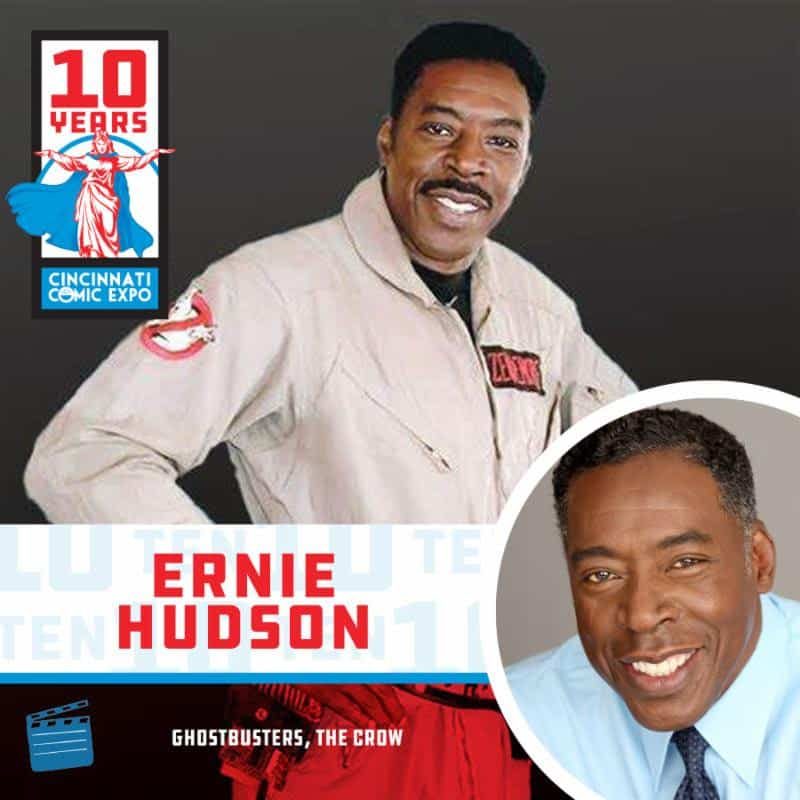 Ernie Hudson will be in the Queen City, on Saturday ONLY, for his first Cincinnati Comic Expo! Actor Ernie Hudson is most recognized for his role as Winston Zeddemore in the Ghostbusters film and game franchise, as well as cameo as Uncle Bill, in the 2016 remake.

A veteran of over 200 films, shows, and projects, Hudson is also recognized for his work on Grace and Frankie, Fantasy Island, Taxi, The Dukes of Hazzard, Webster, The A-Team, The Hand That Rocks the Cradle, Oz, both Miss Congeniality movies, Desperate Housewives, Dragonball Evolution, and so much more!

On projects with comic origins, Hudson has appeared in The Incredible Hulk, as Cyborg/Victor Stone in The Super Powers Team: Galactic Guardians, Batman: The Animated Series, The Crow, Superman, Transformers Prime, Batman: Bad Blood, Spider-Man, most recently guests starred in Arrow, as well as numerous as roles. 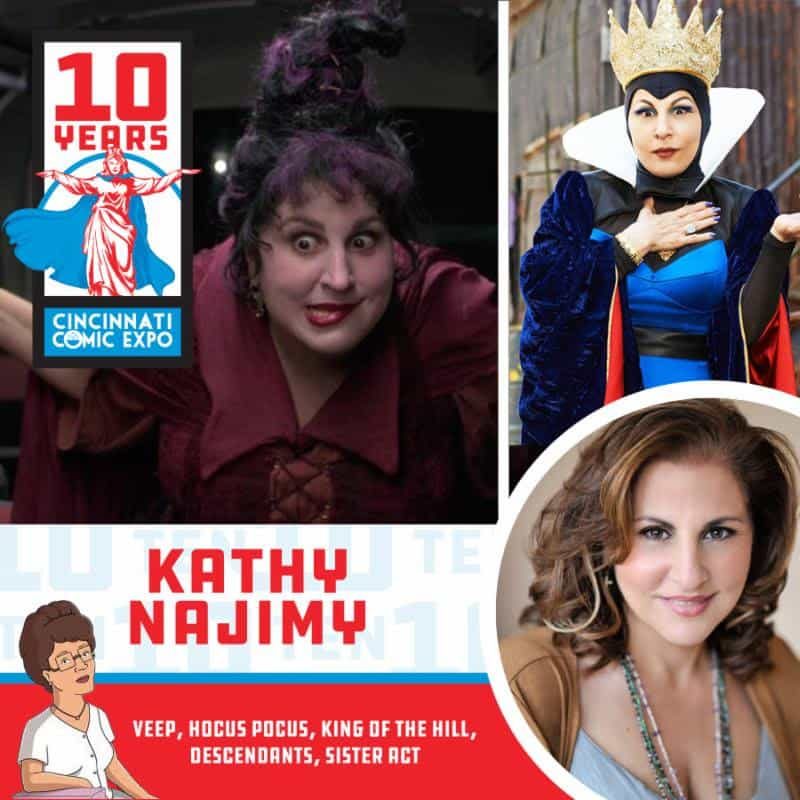 Actress Kathy Najimy is the newest addition to the lineup for the 2019 Cincinnati Comic Expo! Kathy was most recently seen in Veep on HBO and she is known for her roles starring in King of the Hill, both Sister Act films, and Hocus Pocus. Her dozens of other credits include Hope Floats, Bride of Chucky, Her Arnold!, Veronica’s Closet, Rat Race, Rugrats, Numb3rs, Wall-E, and so much more! 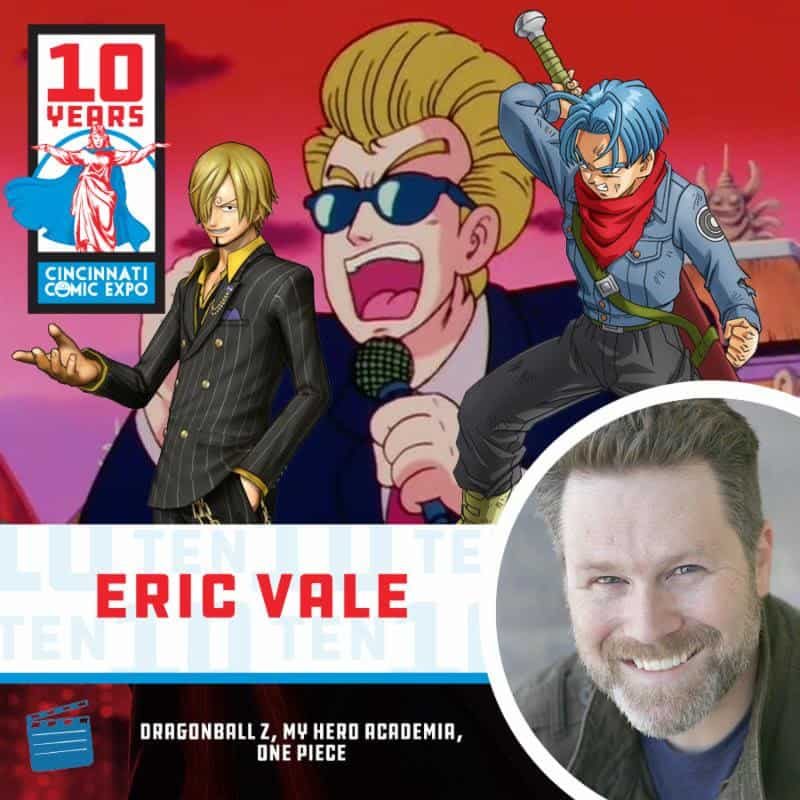 Voice actor Eric Vale is joining us in the Queen City for the 2019 Cincinnati Comic Expo! Eric is recognized for his numerous roles in My Hero Academia, Dragon Ball Z Kai, Dragon Ball GT, and over 200 other shows and projects. His other credits include Detective Conan, Initial D, Fullmetal Alchemist, and more. Most recently, he can be heard as Yuki Sohma in Fruits Basket. 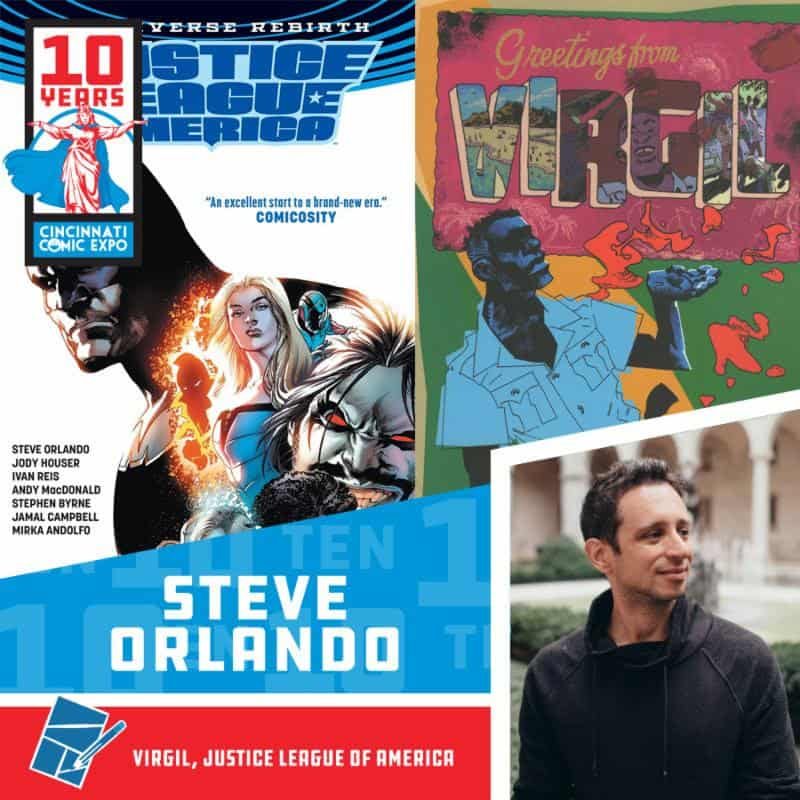 Comic writer Steve Orlando is coming to the 2019 Cincinnati Comic Expo! Steve Orlando writes and produces comics, including VIRGIL (IGN’s best Graphic Novel of 2015), Undertow and stories in the Eisner Award Nominated Outlaw Territory at Image Comics. As well, he launched 2015’s Midnighter and 2016’s Midnighter and Apollo, both nominated for GLAAD awards, and took part in Justice League: Gods and Men, Batman and Robin Eternal and most recently launched Supergirl, Batman / The Shadow, Shadow/Batman, Justice League of America, and The Unexpected for DC Entertainment, as well as CRUDE for Skybound Entertainment and DEAD KINGS for Aftershock Entertainment. 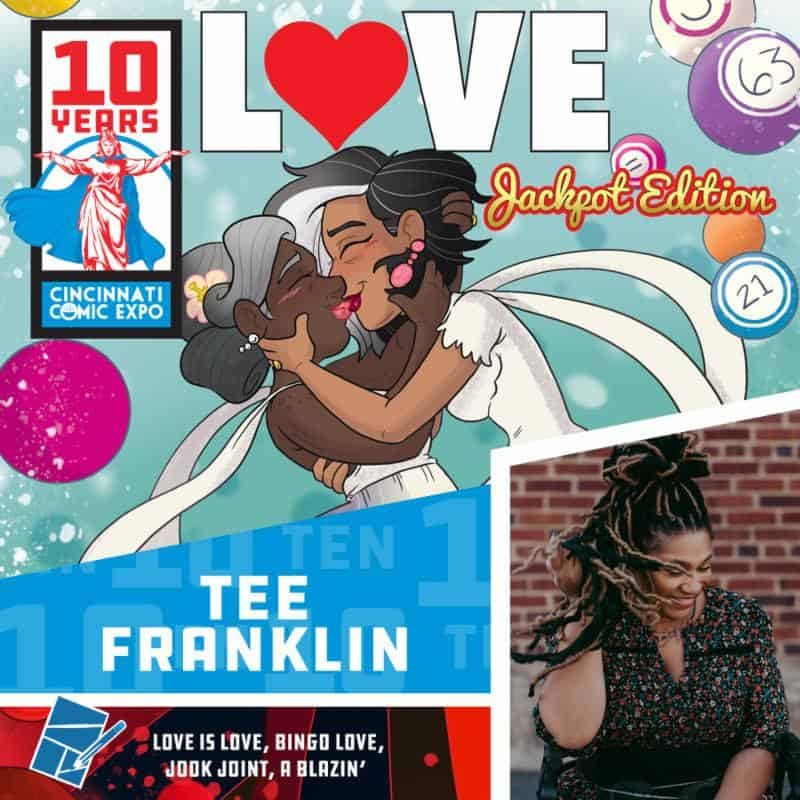 Franklin created her own publishing company, Inclusive Press, in order to publish her own comics, as well as comics by other marginalized creators. She signed a deal with Image Comics to publish Bingo Love in 2017, which was first released in 2018. 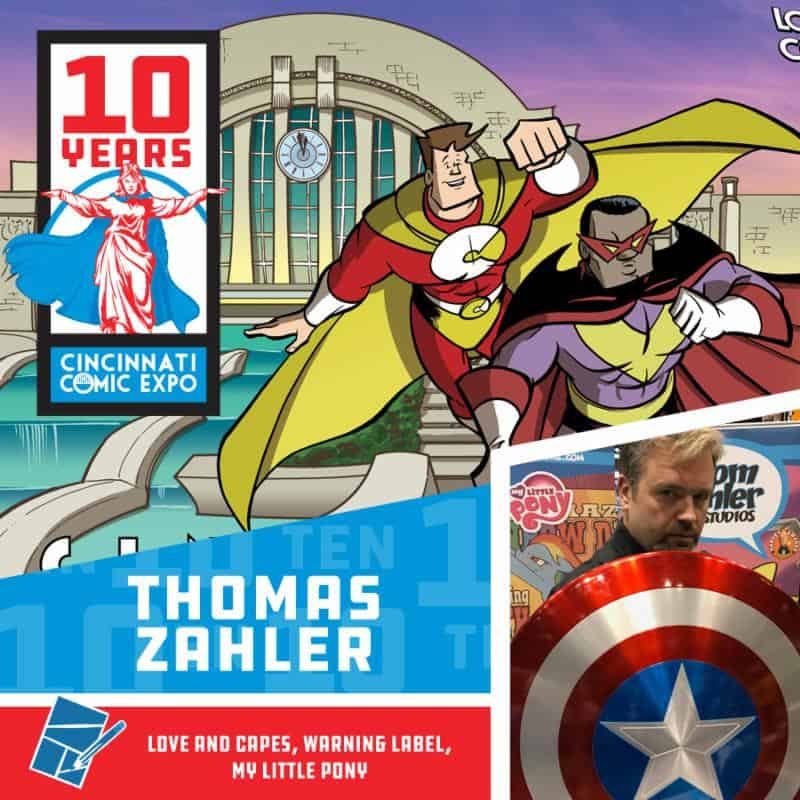 Comic artist and writer Thom Zahler is returning for the 2019 Cincinnati Comic Expo! Thom is particularly known for his romantic comedy comics. He debuted Love and Capes and he introduced readers to Long Distance. He is the writer and artist of the hit Warning Label comic on Line Webtoons and he just completed Time and Vine for IDW, about a magical time-traveling winery. He is also a frequent writer and artist for IDW’s successful My Little Pony comics. Zahler has written for the Disney XD cartoon, Spider-Man Web Warriors, where he wrote the first part of the season finale “Contest of Champions.” He is also a frequent contributor to the Topps’ Star Wars card sets. He recently wrote the pilot episode of the “Knights of the Zodiac” Netflix series. He continues to work as a cartoonist, illustrator and letterer for many companies across the country.