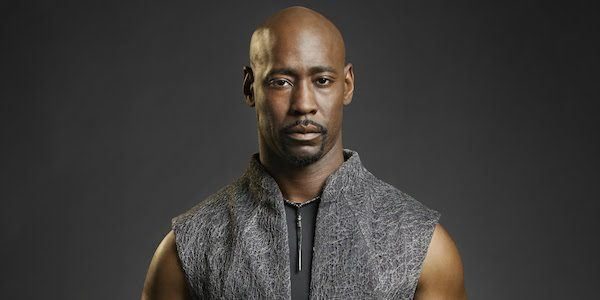 Motor City Comic Con, Michigan’s longest and largest comic and pop-culture event, is pleased to announce star of “24” and “Lucifer” DB Woodside will attend this year’s convention on Saturday, May 18th and Sunday, May 19th at the Suburban Collection Showplace. Woodside will be hosting a panel Q&A and will be available for autographs ($40) and professional photo ops ($50). Fans will also have an opportunity for a duo photo op with Woodside and fellow “Lucifer” star Tom Ellis. To purchase tickets and for more information about autographs and photo ops, please go to – www.motorcitycomiccon.com

DB Woodside is currently seen as the series regular, ‘Amenadiel’ on “Lucifer” on Netflix. Concurrently, he has been starring as Jeff Malone, love interest to Gina Torres, on the cable drama “Suits.” Prior to that, he was a recurring regular on the network drama “Parenthood” and he played “Wayne Palmer” on the Emmy Awarding-winning “24”. A graduate of The Yale School of Drama, Woodside made his N.Y. debut as ‘Martin Luther King’ in “The Conscientious Objector” at the Harold Clurman Theatre and this past year starred at the Geffen Theatre in “SKELETON CREW”.