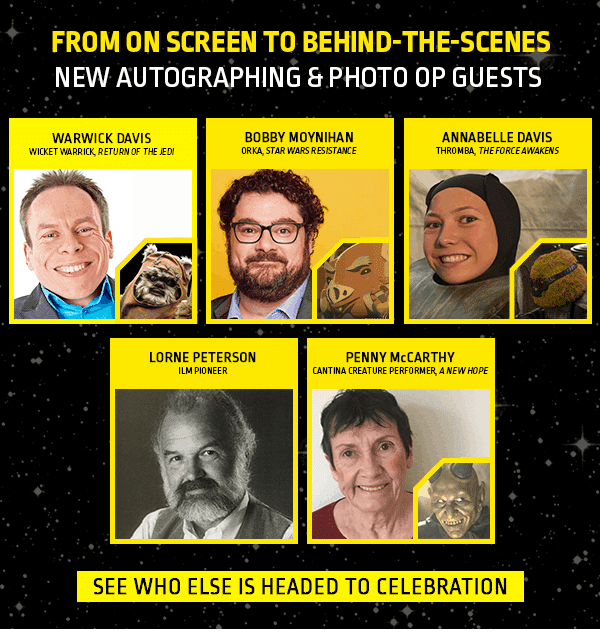 Star Wars Celebration has added further guests for the convention on April 11-15, 2019 in Chicago, IL.

Comedian and longtime Star Wars fan Bobby Moynihan, who plays half of the Acquisitions odd couple on the Star Wars Resistance animated series, will make his Star Wars Celebration debut.

You can also meet Warwick Davis, who has played an array of characters and aliens in the Star Wars galaxy since his first performance in Return of the Jedi.

And Lorne Peterson, one of the founding members of Industrial Light & Magic who was hired to help create models for Star Wars: A New Hope, will also be there along with creature performer Annabelle Davis, and Penny McCarthy, who played a Devaronian cantina patron as well as a member of the band in A New Hope.

These are just the latest in a long line of most impressive Star Wars talent slated for the Topps autograph area. You can purchase your autograph tickets now.